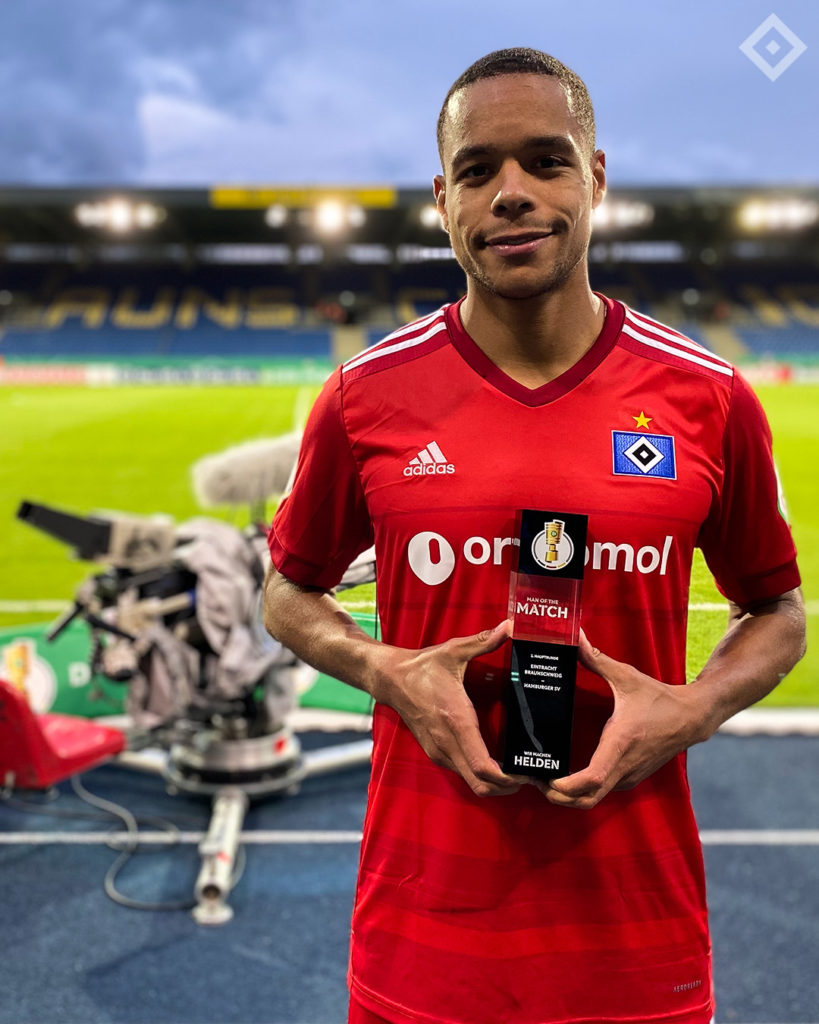 German-born Ghanaian right back Jan Gyamerah was named Man of the Match in Hamburg's hard fought 2-1 victory over Eintracht Braunschweig in the first round of the DFB Pokal.

The defender opened the scoring for the visitors in the 29th minute, after cleverly rounding up the Eintracht Braunschweig goalkeeper before slotting home.

Braunschweig leveled right at the stroke of half time through Luc Ihorst.

But a strong second half display saw Gyamerah and his teammates snatch the winner with 22 minutes left.

Robert Glatzel scored the important goal to send Hamburg through to the second round.

Jan Gyamerah impressed as he scored his first ever goal for the club. He was solid defensively and offered a lot of threat in attack.

Although he was born in Germany, the 26-year-old is yet to commit his international future to the European country.

Gyamerah has stated in the past his desire to play for the Black Stars, having grew up watching the four times African champions.