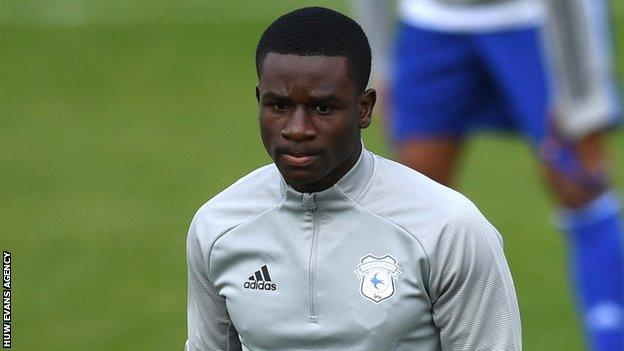 The 22-year-old rejoins the London club after suffering an injury setback which rules him out of Cardiff City's final game of the season.

Back in October, the defender suffered a horrific injury that sidelined him for six months.

His return has suffered another disappointment and could be out for some time.

"It's awful, it's demoralizing and you almost get embarrassed if you keep getting injured," said Cardiff boss Mick McCarthy.

"It's soul-destroying for players, especially young players. So I do feel for him because he is a terrific talent, he really is.

"The little bits I have seen of him, I loved him."

He made nine appearances for the Bluebirds in the English Championship, having spent a season on loan in Germany at VfL Bochum.