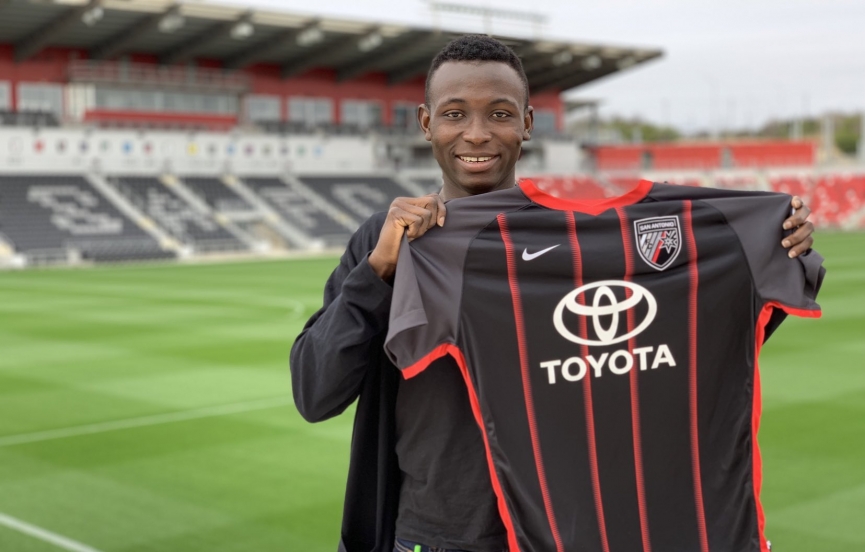 Ghanaian defender Joshua Yaro says is delighted with his switch to San Antonio FC ahead of the upcoming American United Soccer League.

Yaro, 24, joined the Texas-based side on a free transfer on Monday after leaving Major League Soccer outfit Philadelphia Union at the end of last term.

In an interview with the club's official mouthpiece, the former Right to Dream Academy guardsman could not hide his joy and declared that he is looking forward to help the club achieve its target in the coming campaign.

“This is an organization that has a dream and is working hard to make that dream come true,” Yaro told the club's official website.

“This is a great club with great people that I am excited to work with. I’m looking forward to start working to achieve our goals this season.”

In 2016, he was selected by Philadelphia Union after being adjudged the second overall best during the MLS SuperDraft.

Yaro made 17 appearances for the Union during his stay.