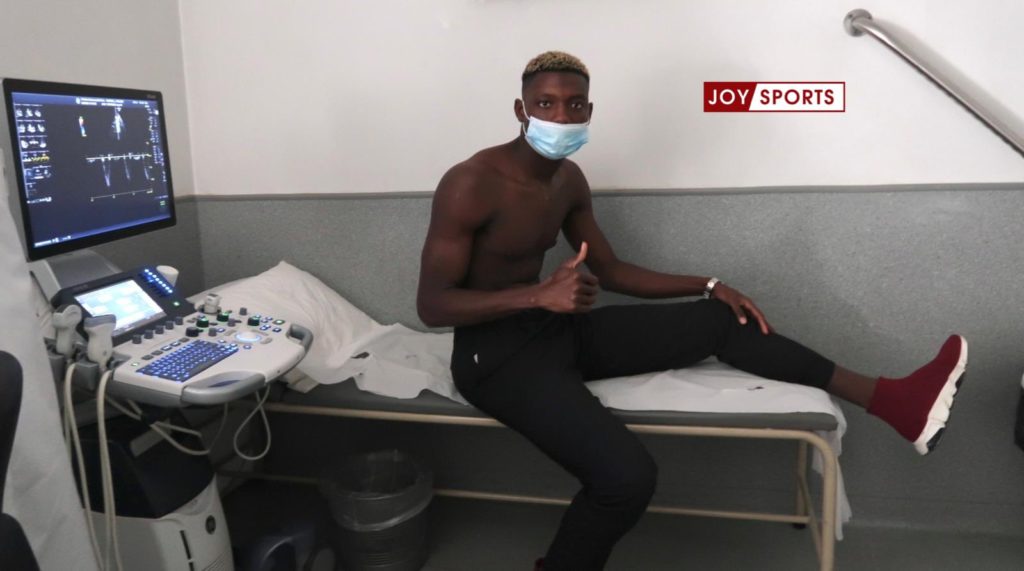 Budding Ghanaian defender Maxwell Woledzi has completed his medical and will be unveiled as Vitoria Guimaraes' newest player on Friday.

The 20-year-old centre-back is expected to sign a long-term deal with the Portuguese giants from Danish outfit FC Nordsjaelland.

Woledzi joins compatriot Abdul Mumin, who also moved to the Primeira Liga side from Nordsjaelland two years ago.

As earlier reported by GHANASoccernet.com, the player and his representatives agreed terms with the club last week, awaiting medicals and official announcement.

The deal will improve the financial fortunes of the player and also put him in one of the most respected leagues of Europe.

Woledzi, who was recently handed his debut Ghana national team call-up for the Asian friendlies against Japan and Chile, will now leave Denmark after two seasons playing in the European country.

The defender could not travel to Japan for the two matches because of visa problems.

He will be part of the first team's pre-season training camp after completing his move.

The Nima-born defender trained at the Right to Dream Academy in Ghana before he was transferred to Nordsjaelland two seasons ago.

Woledzi joins a growing number of Right to Dream Academy graduates who went to Denmark to play for Nordsjaelland before sealing big moves.