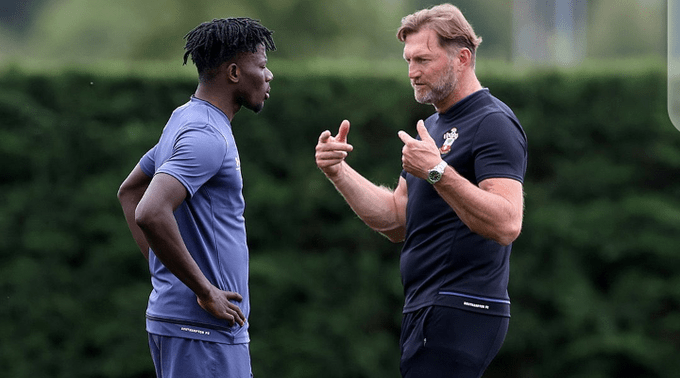 The Austrian tactician admitted Salisu was a long-term project for the club when he signed from Valladolid in the summer of 2020.

But the 22-year-old has now fought his feet and is showing why he can go on to become an accomplished defender in the Premier League.

"So far the season is going on well and I hope everything continues like this," Salisu said when asked about the influence of Hasenhuttl.

"I think it's very important as a young central defender to get more minutes in the Premier League. I am very happy.

"I think I have learned a lot and I have been studying what the manager wants and I have always been watching the games and looking at what he wants.

"That makes it easier for me when I started playing.

"He has been a good manager. Since I came here, he has been good to me.

"I remember before I came here, we spoke. He told me he needed me in the team and that I was a long project, how I was a young central defender, I needed to do what I was doing and I would get more minutes to play."