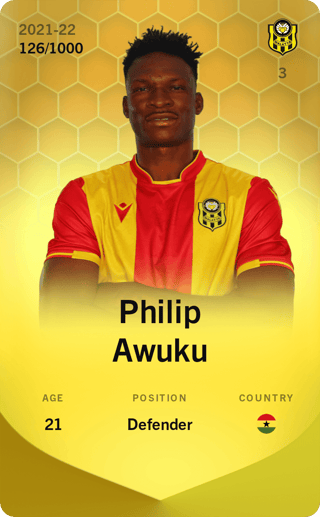 Ghanaian defender Philip Awuku scored an own as Yeni Malatyaspor were thrashed 3-0 by Kayserispor in the Turkish Super League on Saturday.

Yeni Malatyaspor have been officially relegated from the Turkish top-flight league after Saturday's defeat.

The team currently has 20 points with just one game to end the season.

Ghanaian trio Benjamin Tetteh, Haqi Osman and Philip Awuku all featured in the game on Saturday.

Gokhan Sazdagi opened the scoring for Kayserispor in the 10th minute after a dominating display by the home side.

Philip Awuku scored the own goal to increase the score for Kayserispor with just some few minutes to end the first half.

Hayrullah Erkip sealed the win for Kayserispor with his goal in the 72nd minute.

The win sees Kayserispor move up to the 14th position with 47 points.

The 22-year-old has made 17 appearances for Yeni Malatyaspor this season.