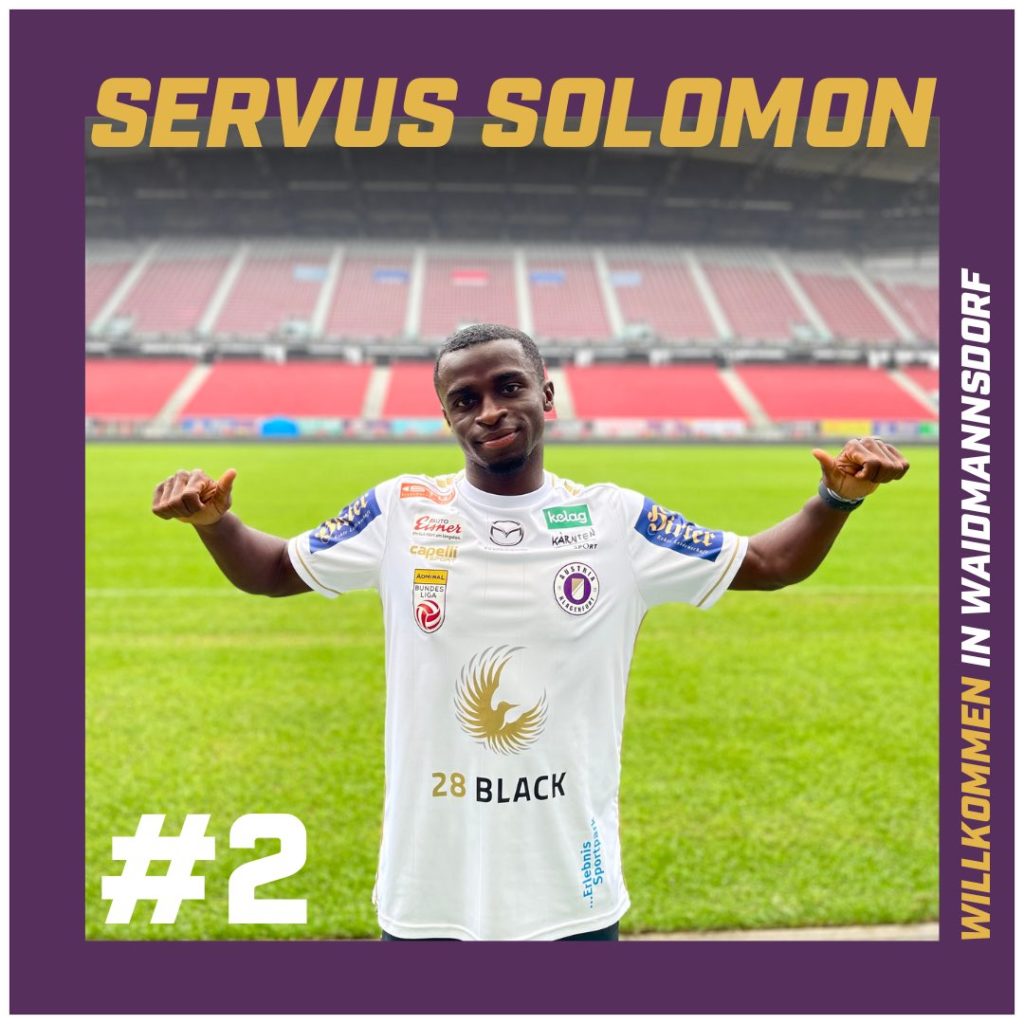 The 19-year-old defender has signed a contract at Wörthersee until June 30, 2022 from Bundesliga side RB Leipzig.

The Austrian top-flight club reached a deal to sign the prodigy after successful negotiations with German Bundesliga side RB Leipzig.

Before the summer transfer window shuts in the next 12 hours, Solomon Bonnah has signed a long term deal with Austria Klagenfurt.

“A few hours before the summer transfer window closed, Austria Klagenfurt struck the transfer market again and filled the last permanent position in the professional squad for the 2022/23 autumn season: Solomon Bonnah (19) switched from the German Bundesliga club RB Leipzig to the Violets.

“In Waidmannsdorf, the Dutch junior team player will receive a contract until June 30, 2025,” an official club statement from the Austrain Bundesliga club has said.

Solomon Bonnah is excited about the new chapter of his career and is already looking forward to make a mark during his stay at the club.