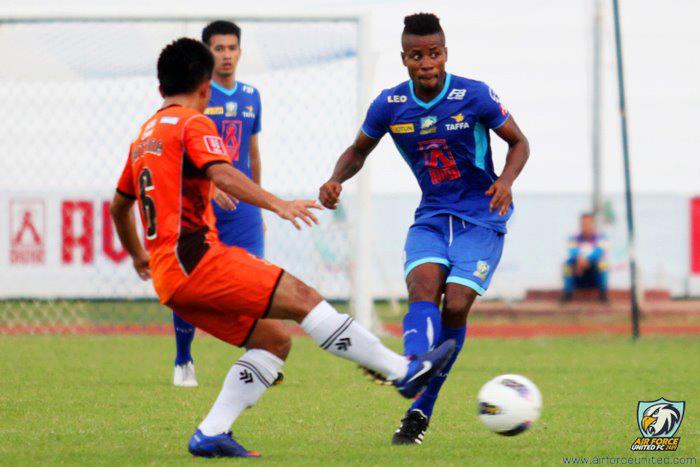 Ghanaian midfielder Annan Deodatus claims he has turned down several advances to switch nationality to play for Thailand Under-20 side.

Officials of the Thai Federation are believed to have been impressed with the performance of the 18-year-old who plays for Airforce United.

The former Power Lines enforcer joined United at the beginning of the season after he helped Police United gain promotion to the Thai top-flight in 2009.

He claims he has turned down numerous overtures to represent the Asian country at the international stage.

â€œSome top officials of the Thailand Football Association have spoken to me severely for me to play for them,â€ Deodatus said

â€œThey have granted me interviews on some television stations but I told them I was rather interested in representing my nation.

â€œIt is just unfortunate that we have not had the opportunity to be assessed. All that I always ask for is to be given just a single chance.

â€œThe level of football has gone high and so I will urge the authorities to extend their search to this country,â€