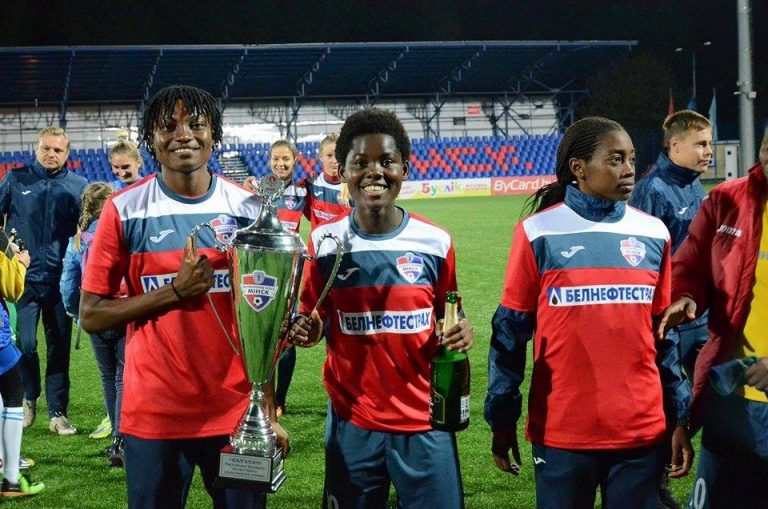 Ghanaian duo Ernestina Ama Abambila and Faustina Ampah have won their first title with ZFK Minsk in the Belarus Women's League after recording an emphatic 9-0 victory over Slavyanka in the last round.

The former Black Princesses duo played a key role in the coronation fixture on Saturday and the entire season.

The 2017-18 UEFA Women’s Champions League campaigners retained the league trophy with a well worked 54 points with a gap of 18 points between them and second placed and rivals Zorka-BDU.

ZFK Minsk have secured a ticket to the 2018-19 UEFA Women’s Champions League.

ZFK Minsk will be hosting Slavia Praha from Czech Republic in the round of 32 of the 2017/2018 UEFA Women's Champions League on October 4.