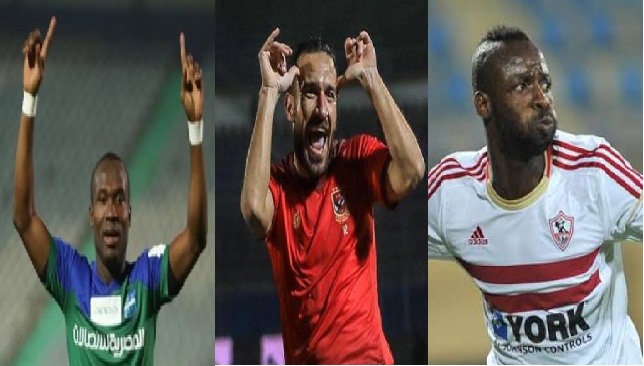 Ghanaian duo John Antwi and Ernest Papa Arko have been named in the Top 10 foreigners of the Egyptian Premier League for the last decade.

Antwi holds the record as the highest scoring non-Egyptian in the country's top-flight.

He started banging in the goals with his first club Ismaily which saw him finish as topscorer for the 2013/14 season with 12 goals.

He was sold to a Saudi top-flight side Al Shabab before returning to sign for Al Ahly.

Antwi was then loaned to  Misr El-Makasa where he continued firing in the goals which attratced big spenders Pyramids FC to sign him on.

He played for Zamalek SC, El-Geish, Smouha and El-Entag El-Harby between 2004 to 2016 and tallied a total of 61 league goals.

The other players are: