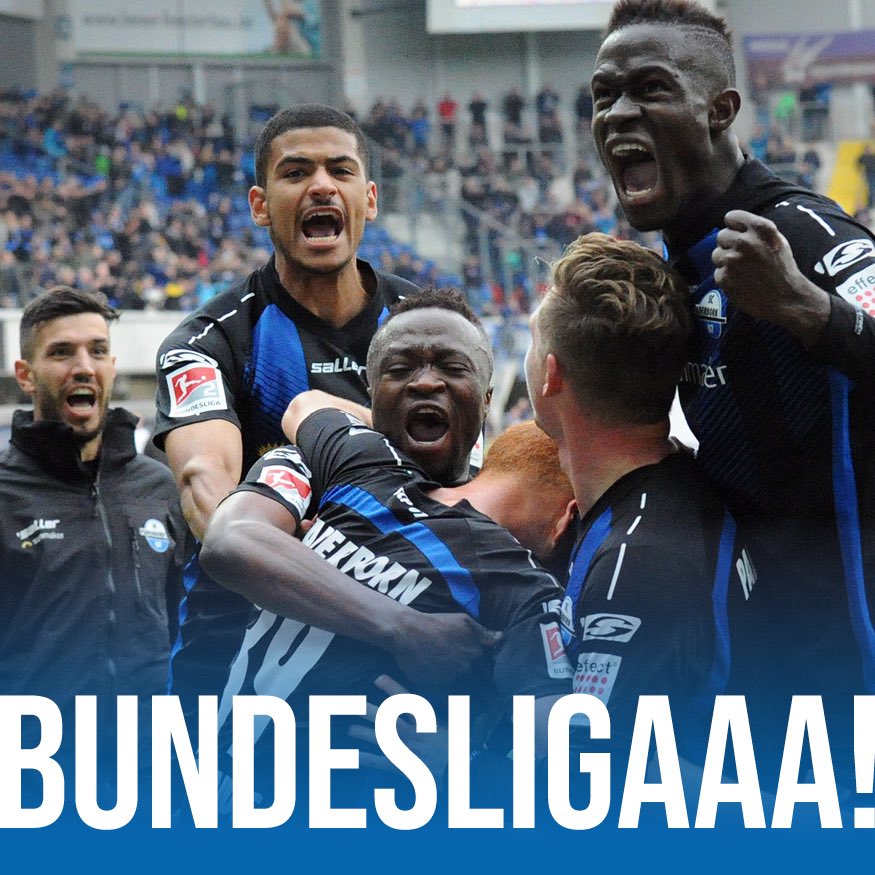 Ghanaian duo of Bernard Tekpetey and Christopher Antwi-Adjei played major roles as their club Paderborn secured a return to the German top-flight Bundesliga.

A third Ghanaian at the club Philimon Tawiah was not as influential as he did not play a match for the club as they fought to gain the automatic promotion.

Paderborn returned to the Bundesliga on Sunday despite a 3-1 defeat at Dynamo Dresden as Union Berlin failed to take advantage in Germany’s second division.

Union, which had been hoping for a favor from Dresden to enable it to overtake Paderborn in second place, was held at Bochum 2-2 and must be content with a two-leg playoff chance against Stuttgart to determine which side plays in the top flight next season. Stuttgart finished third from bottom in the Bundesliga.

Grischa Prömel and Joshua Mees scored late for Union after Bochum had a player sent off, but it wasn’t enough as the side based in Köpenick, Berlin finished behind Paderborn on goal difference.

Paderborn secured an automatic playoff place behind Cologne, which was already assured of finishing top of the division.

Tekpetey and Antwi-Adjei were hugely instrumental in the qualification as they both scored ten goals each as well as three assists each to help the club return to the top level football.

While Tekpetey is eyeing a place in the Ghana squad for the Africa Cup of Nations, Antwi-Adjei is not known in Ghana but he is a talented defender with the knack for scoring goals resulting in his ten strikes this season.

With the solid performance he has put up this season coupled with his goal scoring instincts as a defender, it won't be long before the German national team handlers will recruit him.

Paderborn spent one season in the Bundesliga in 2014-15, but was relegated after its top-flight debut season.

It was then relegated from Germany’s second division the following season, but bounced after two seasons in the third division, and is now promoted again after one season in the second.