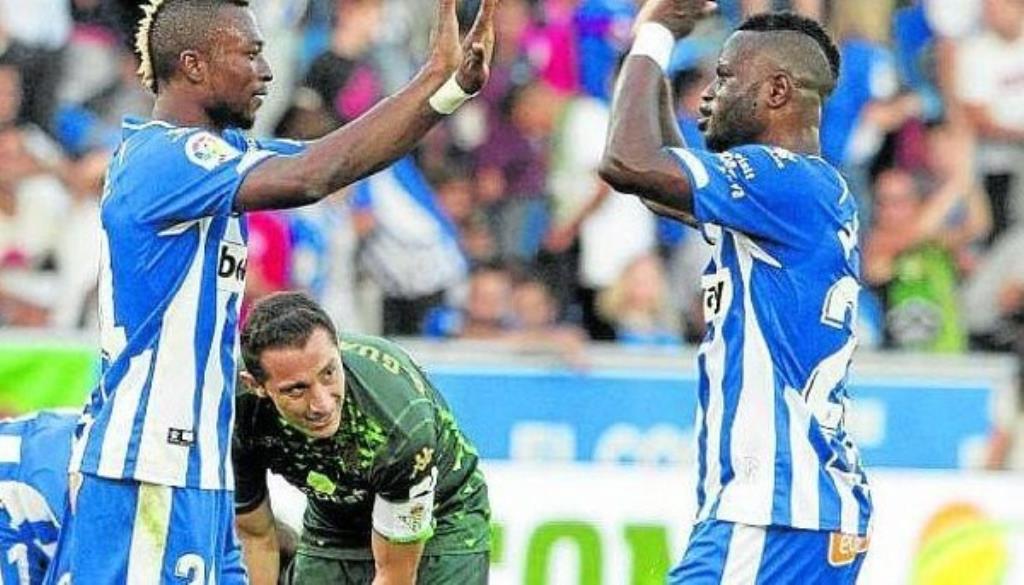 Mubarak Wakaso and Patrick Twumasi could be affected by a massive shake-up at Deportivo Alaves in the summer following the arrival of new manager Asier Garitano.

The La Liga club announced Garitano will take over from Abelardo Fernandez, who refused to extend his stay at the club despite an impressive campaign with the El Glorisso.

According to reports, the former Real Sociedad manager, Asier Garitano will allow some players leave in the summer and those players includes the Ghanaian duo.

Mubarak Wakaso has enjoyed a good season with the Babazorros, having played 31 games in all competitions but Twumasi is yet to settle in Spain after arriving last summer from Astana.

The striker, who is in the first year of his four year contract has featured in 12 games in all competitions.

Other players expected to leave in the summer are defenders Carlos Vigaray and Adrián Marín. Manu Garcia and John Guidetti are also like to leave at the end of the season.