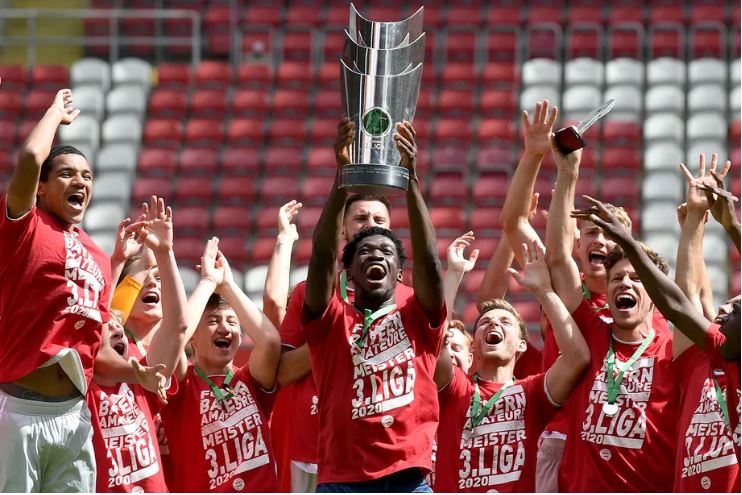 Ghanaian duo Kwasi Okyere Wriedt and Derrick Köhn impressive performances this season has been rewarded after Bayern Munich II were crowned champions of the German third-tier league, known as 3.Liga.

They won the league on the final day of the season despite losing 1-0 to Kaiserslautern because other results on the day went their way.

It is the highest finish ever for Bayern II in the 3.Liga with the Ghanaians, who have both been sold to Dutch top-flight side Willem II, contributing immensely to it.

Striker Kwasi Okyere Wriedt scored the most goals as he finished the season with the golden boot and best player award.

Whereas, Derrick Köhn, who is a defender, made 28 appearances and scored two goals.