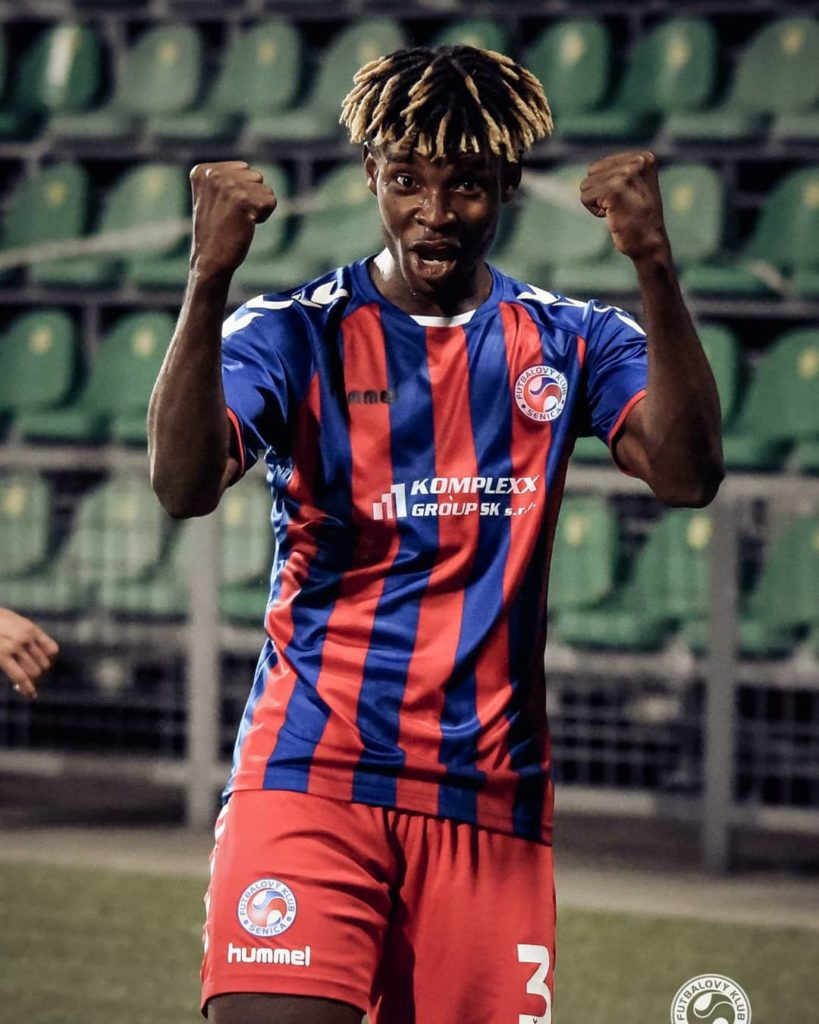 Ghanaian midfielder Edmund Addo scored but it was not enough as FK Senica were beaten at home by Ruzomberok in the Slovak Super Liga on Saturday.

The 20-year-old gave Senica the lead in the 54th minute. He smashed home after Ruzomberok defence failed to deal with a corner.

They managed to defend the lead until the 87th minute. Ruzomberok equalised through Stefan Gerec.

A minute later, they grabbed the winner after Jose Carrillo put the ball in his own net.

Addo and his teammates were absolutely disappointed after the referee blew the whistle to bring the game to an end.

Edmund, who is deployed in a centre back role, lasted the entire 90 minutes.

The goal is his third of the season in 10 appearances.