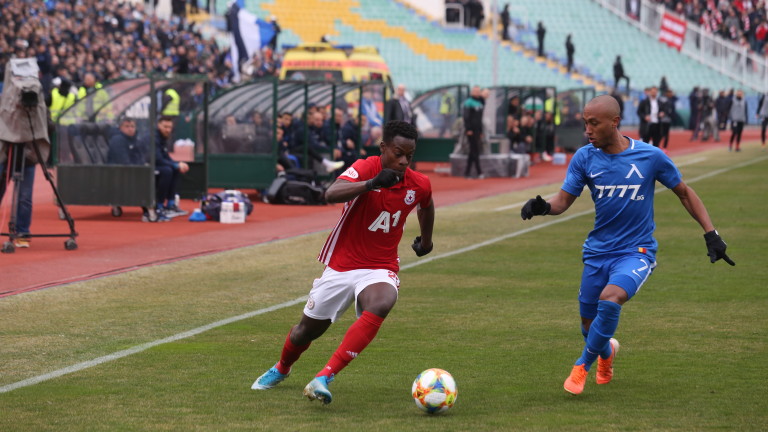 Ghanaian attacker Edwin Gyasi says he feels happy to be back at Bulgarian top-flight side CSKA Sofia after his short stint in the United States of America.

The 28-year-old returned to the club in January from an unsuccessful loan spell at FC Dallas.

He made his first competitive appearance since his return over the weekend. Gyasi lasted 70 minutes in the goalless draw in the Eternal derby against Levski Sofia.

After the match, Gyasi said, "It's good to be back."

Gyasi has scored one goal in seven appearances for the Black Stars.