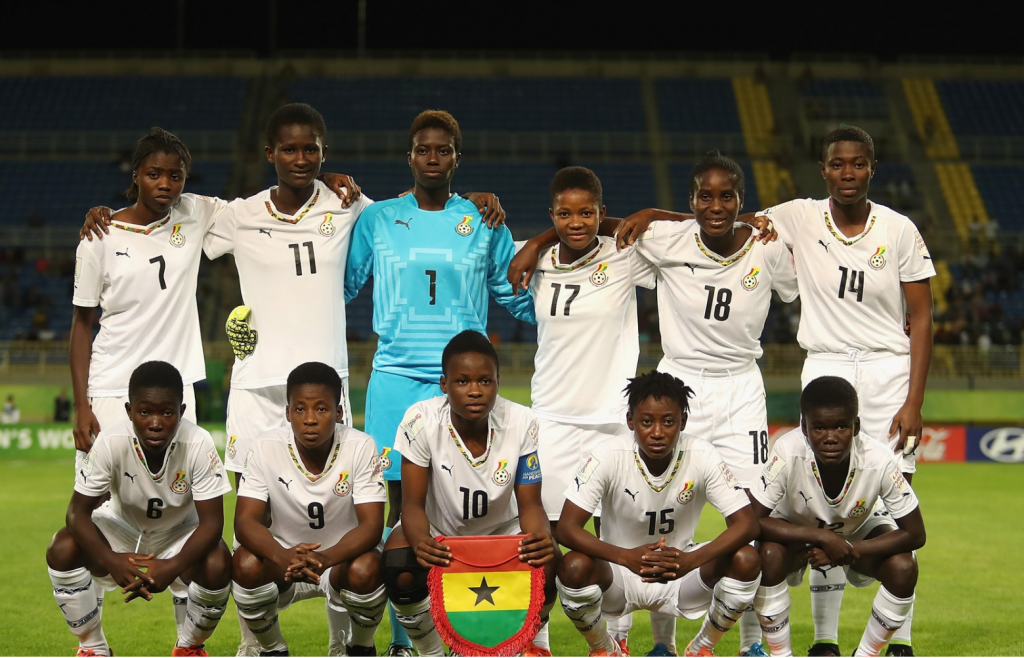 First from down left Grace Asantewaa (No.6) has two yellow cards.

Passionate football loving fans in Jordan have called on the Ghana Government and the Sports Ministry for Youth and Sports to financially motivate the Black Maidens who have made their Quarter finals qualification from a though Group-D, by defeating Paraguay 1-0 on Saturday.

According to them, playing football must come with financial motivation because the expectations are high and “you are forced to produce the best results within the 90 minutes of play”.

“We all play football and we know about football, money motivates us. If you don’t have the money you can’t play so they should give them the money so that they can play for Ghana” some of the fans retorted.

The fans who are Student in the Amman, Capital of Jordan followed the to team to all the venues during group stage matches and travelled almost 2 hours to Irbid to support the team in their final group game against Paraguay.

Meanwhile, they expressed optimism that the team will go all out against their North Korean opponents in the Quarterfinal encounter on Thursday, the 13th of October 2016, win and proceed to the Semifinals stage of the FIFA Under-17 women’s World Cup in Jordan.