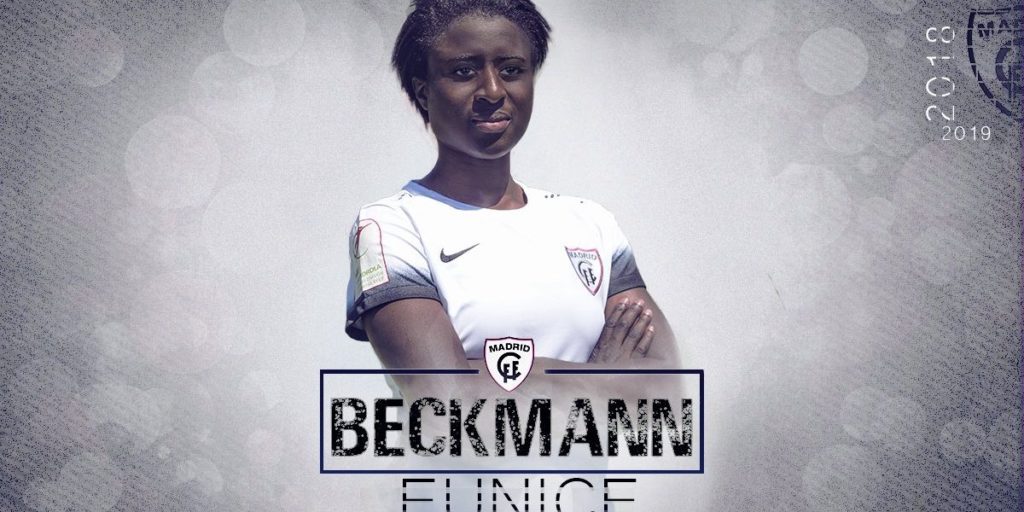 Madrid C. F. Femenino announced the signing of the striker from FC Basel on Tuesday following her exploits with the Swiss side, where she scored 25 goals from 26 appearances.

Beckmann becomes the second signing for Madrid C. F. Femenino after Guatemalan star Analu Martínez and moved to the  Matapiñoneras San Sebastián de los Reyes after just one season at Basel where she made a big impression to attract interest from the Spanish Club.

The 26 year old previously played for  German powerhouse Bayern Munich as well as Boston Breakers in the United States.

She is eligible to play for the Black Queens after representing Germany at youth level.

The ex- Linköpings FC striker is yet to be capped by the German Senior Women’s National team.

Ghana have been pushing for the nationality switch of the player ahead of the Africa Women’s Nations Cup which takes place later this year.