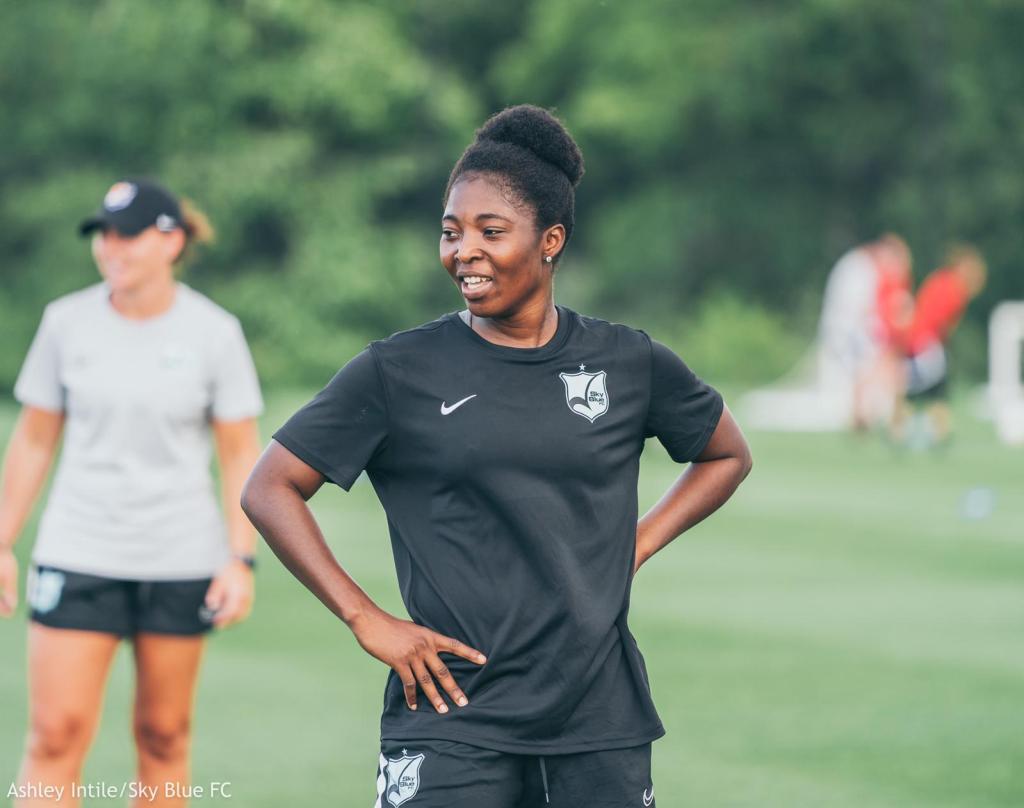 The midfielder is the first Ghanaian female footballer to go through college and play professional in National Women’s Soccer League (NWSL).

And she is elated to have achieved her ultimate dream which she has nurtured since a teenager.

“Since I was like 13, I’ve always wanted to play professional,” said Cudjoe.

“I was thinking I was going to try out and see what happens because you don’t know if you’re going to get on to a team or not,” said Cudjoe. “But, I always had faith that this was the time for me.”

She added: “I was born for this and I’ve always wanted this,” said Cudjoe. “So, I just had to put the nerve wracking on the side and do the job. So, it was special for me. For me as a person, it was a special moment to be able to do that, something that I’ve wanted to do for so long. Now, in my country I’m the first ever player to go to college and be able to play in the league. So, doing that was just big for me so I can inspire kids in my country and the world.”

Cudjoe signed for the NWSL side from USL League club Asheville, where she was named in the club’s team of the decade.