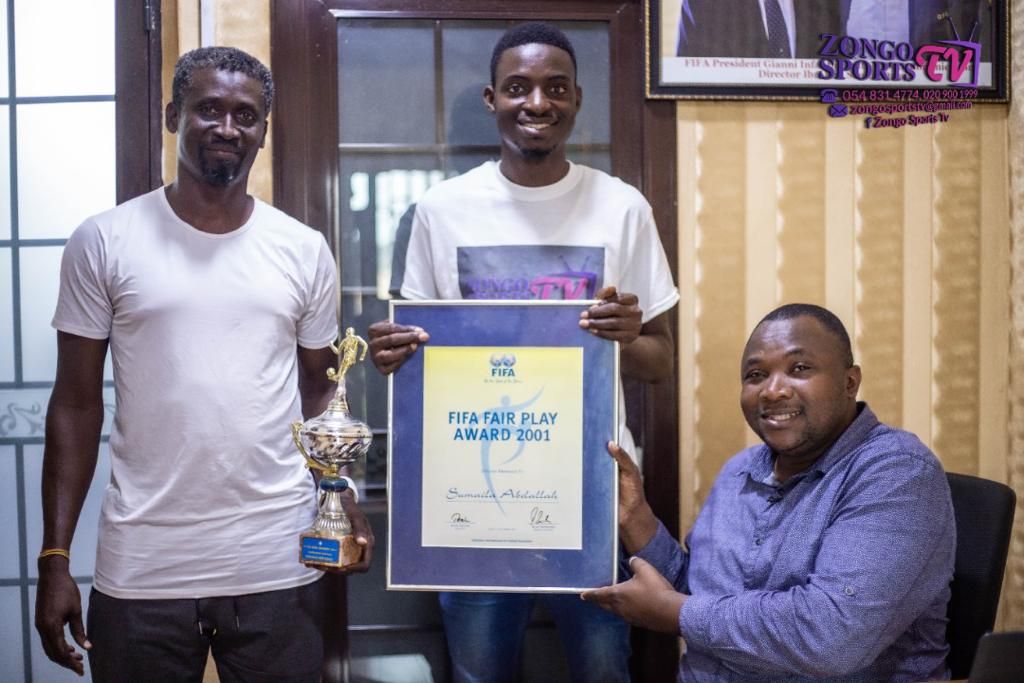 Abdallah visited the former BBC journalist, who now works with the Confederation of African Football (CAF), at his office in Nima, Accra with his FIFA award which Daara helped him win.

"I have just received a delegation in my Accra office to celebrate the second African to win an award at the FIFA Player of Year Awards event," a proud Saanie Daara shared.

In 1996, the current President of Liberia, George Weah, who was then a player of AC Milan, became the first African to win an award on that stage when he clinched the World Best award.

Then on December 17 in Zurich, Switzerland, Abdallah lined up with legendary footballers Luis Figo, Raul Gonzalez on stage after receiving a FIFA award. 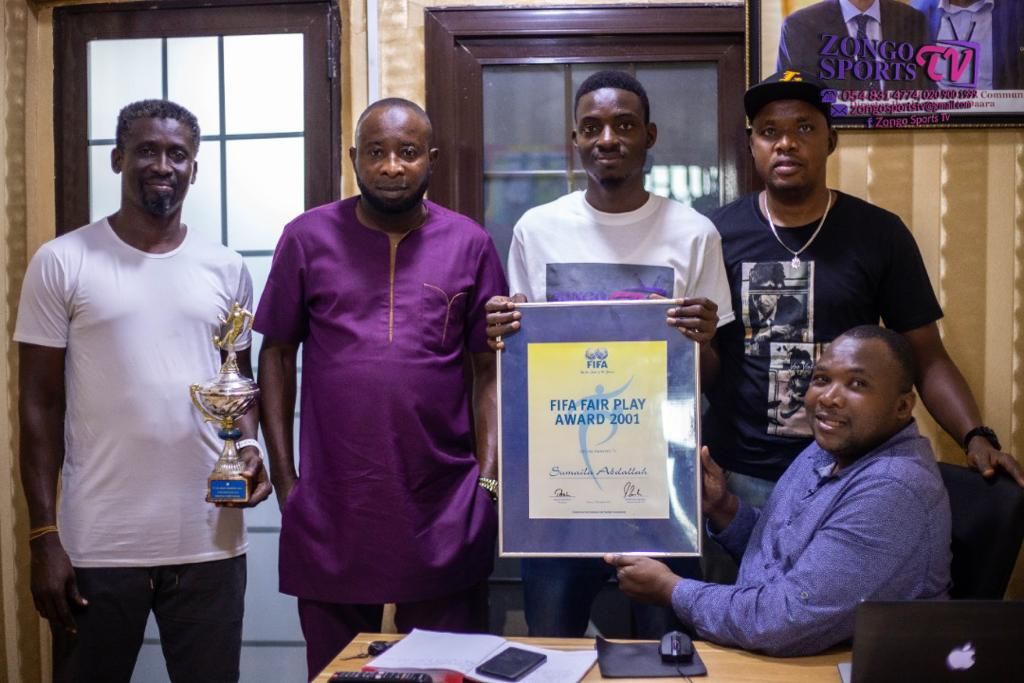 It's been two decades since his act of bravery saved the life of one of Ghana's most exciting players in the domestic league.

Abdallah saved an unconscious Charles Taylor from taking his last breath by giving him a mouth-to-mouth resuscitation during a Ghana Premier League match between Hearts of Oak and Dawu Youngsters in Accra.

The forward had landed awkwardly following a missed bicycle kick.

His fearless act was echoed by Ibrahim Sannie Daara to the security and safety committee of FIFA, earning the player a congratulatory message from then FIFA president Sepp Blatter.

He was later awarded the FIFA Fair play award in 2001.

"Abdallah got the award because, as a young journalist, I wrote to FIFA to ask them to recognize his selfless act that saved the life of his opponent during a league match in Ghana," Saanie noted.

Abdallah has forever been grateful to Sannie, using the slightest opportunity to express his gratitude.

The brilliant Sannie continues to inspire the new generation of sports writers in the country. He is the brain behind Ghana's foremost football website, Ghanasoccernet.com, which has nurtured many impressive writers with some venturing into football administration, notably Patrick Akoto of Medeama and Dreams FC's Ameenu Shardow.