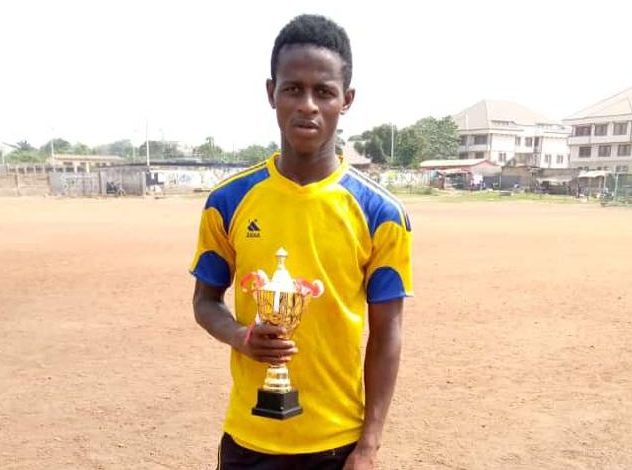 A young footballer has died after picking up a nasty head injury in a friendly game between Catholic Stars FC and Buguya Paala FC.

The footballer identified as Linus Issahaku, a player of Catholic Stars FC collided with an opposition player during the course of the game and was rushed to the hospital.

Reports indicate that, Issahaku had foaming in his mouth when he fell to the ground before being rushed to the hospital.

He was rushed to the WaleWale Municipal Hospital in the northern region and later on referred to the Tamale Teaching Hospital.

Doctors at the Tamale Teaching Hospital explained that he suffered a cerebral haemorrhage.

Issakahu gave up the ghost in the early hours of Saturday morning with reported internal bleeding from the brain.