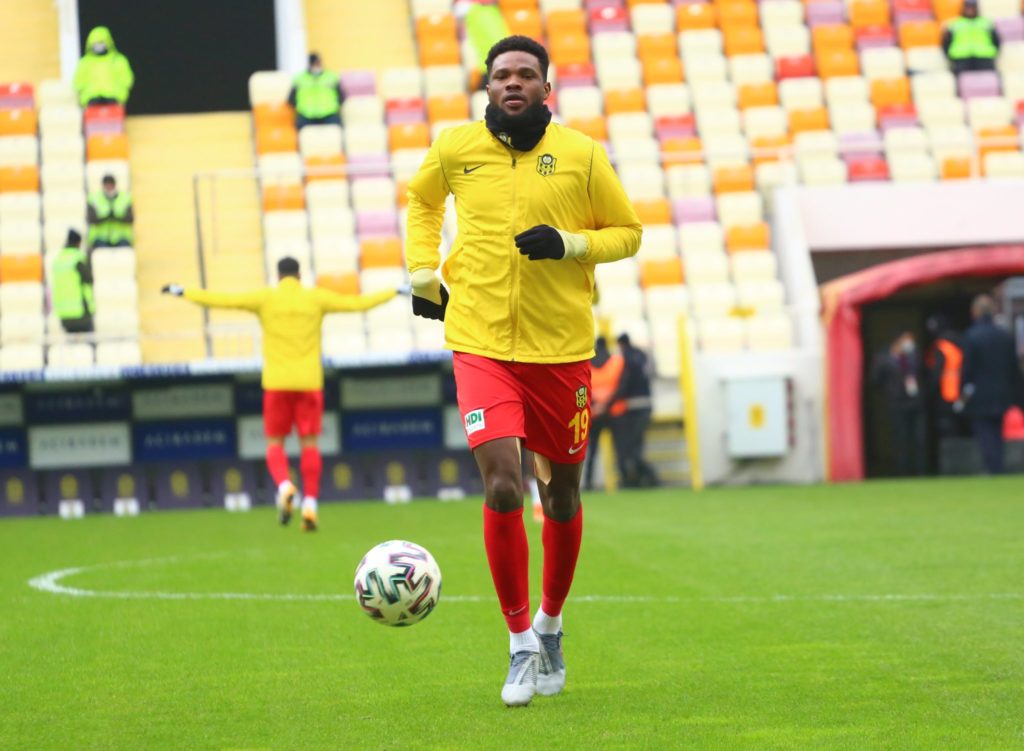 Ghanaian striker Benjamin Tetteh has scored his second goal of the season for Yeni Malatyaspor in the Turkish Superlig as they drew 2-2 with Sivasspor.

Malatyaspor came from behind to earn the point at the New Malatya stadium on Tuesday.

Erdogan Yesilyurt put the visitors ahead in the 18th minute with Moryke Fofana equalizing for the hosts seven minutes later.

Ivory Coast international Max Gradel scored in the 32nd minute to restore the lead for Sivasspor.

Tetteh got his name of the scoresheet in the 63rd minute to rescue Malatyaspor from defeat with a fine finish.

The former Ghana U17 and U20 star has netted three goals in 14 matches in all competitions this season for the Malatya club.