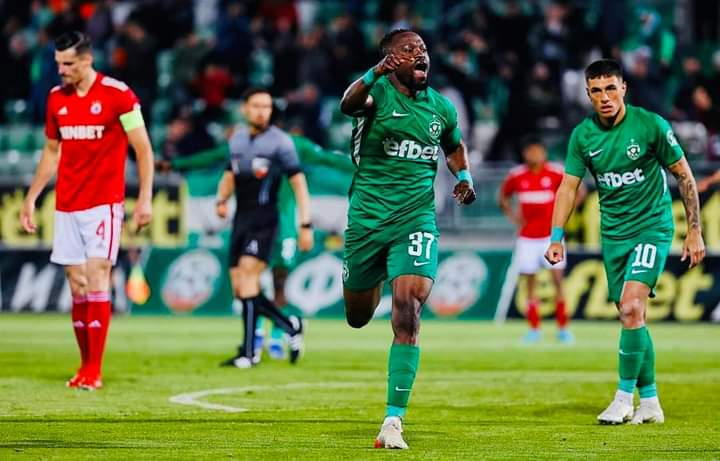 Former Black Stars winger Bernard Tekpetey has been named the Bulgarian Parva Liga Player of the Month for April following his terrifying performances.

Tekpetey's outstanding displays for PFC Ludogorets Razgrad in the month landed him the award.

The former Ghana U23 star has been a joy to watch in the ongoing 2021/22 football season in Bulgaria.

The 24-year-old attacker scored five goals and provided four assists in five appearances for Ludogorets in the Bulgarian top-tier in April seeing him land the monthly gong.

Tekpetey has scored 10 goals and provided eight assists after featuring in 23 games for Ludogorets to help the team win the league title for the 11th time in history.

The former Schalke 04 is regarded as one of the top performing wingers in the Bulgarian Parva Liga for his impressive and consistent form this campaign.