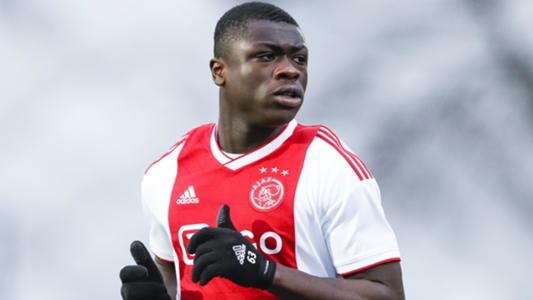 Ghanaian youngster Brian Brobbey says his main objective is to break into the Ajax senior side next season.

The Dutch born Ghanaian forward has been knocking the doors of the senior team with some outstanding performances for the youth team.

Fresh from winning the UEFA U-17 championship, Brobbey will line up for the Ajax U-19 when they face Sparta Rotterdam in the youth league on Wednesday.

"I am often labeled as a goal machine, but I also like to play as an offside player or offensive midfielder," he said.

"My role with the national team is the same as with Ajax, because I have a lot of my teammates here. We also went wild when Ajax became the champion, that was a great moment."

"My goal for next season is to make my debut in the first, that is the bar that I set for myself. I also want to play for Jong Ajax, because that is the level that makes me better."

Even though he helped Holland retain the UEFA U-17 championship on Sunday, the 17-year old could switch allegiance to play for Ghana in future.