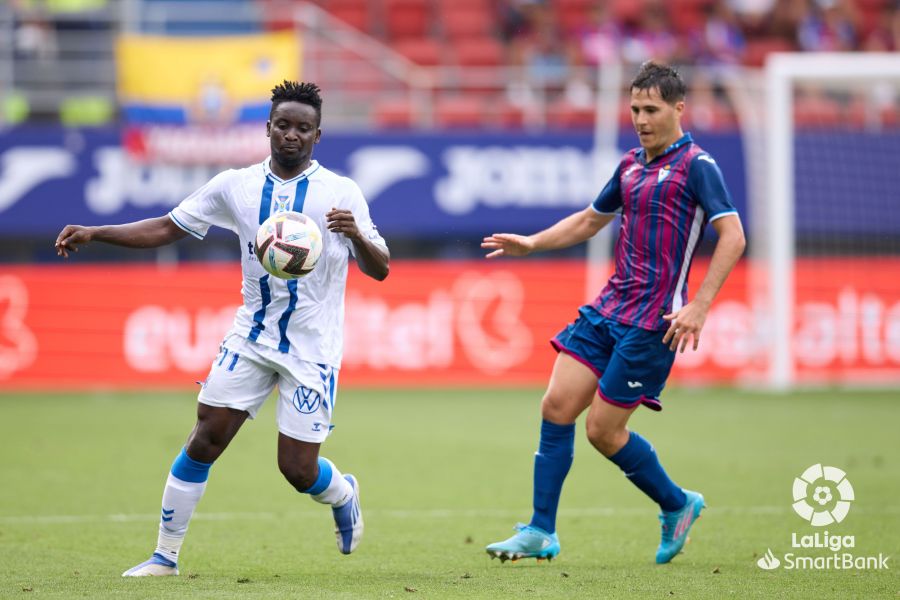 Ghanaian forward Dauda Mohammed opened his goal scoring account for Tenerife in the Segunda Division in the game against Eibar on Saturday.

Mohammed scored from a spectacular strike after firing from a Nacho throw in to open the scoring.

But Eibar leveled six minutes later through Federico Venancio before a late penalty from Juan Diego Molina Martinez sealed victory for the hosts.

The former Asante Kotoko striker joined the Spanish outfit in the summer transfer window from Anderlecht on loan with an option to buy.

Mohammed had a fine season in Spain in the last campaign when he played for Cartegena and will hope to continue his form in the Iberian country.

His current deal with Anderlecht expires in 2023.