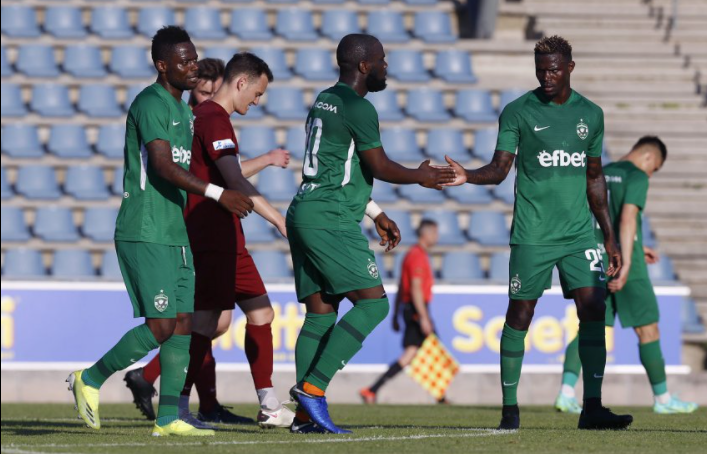 Ghanaian forward Elvis Manu scored for Ludogorets Razgrad in their pre-season friendly against German lower-tier side Heimstetten on Wednesday.

The 27-year-old recovered from an injury he sustained at the end of last season to score in the preparatory game ahead of the start of the new campaign.

The Dutch-born Ghanaian scored his side's second as they beat Heimstetten 2-0, with Zambian forward Mavis Chibota netting the opener.

The Bulgarian champions are preparing for next month's UEFA Champions League qualifying stages against Belarusian side Shakhtyor.

Manu has been an integral member of the Green Eagles, scoring four goals in 22 matches as they emerge champions of Bulgaria.

His compatriot Bernard Tekpetey was a second-half substitute in the 2-0 friendly win.