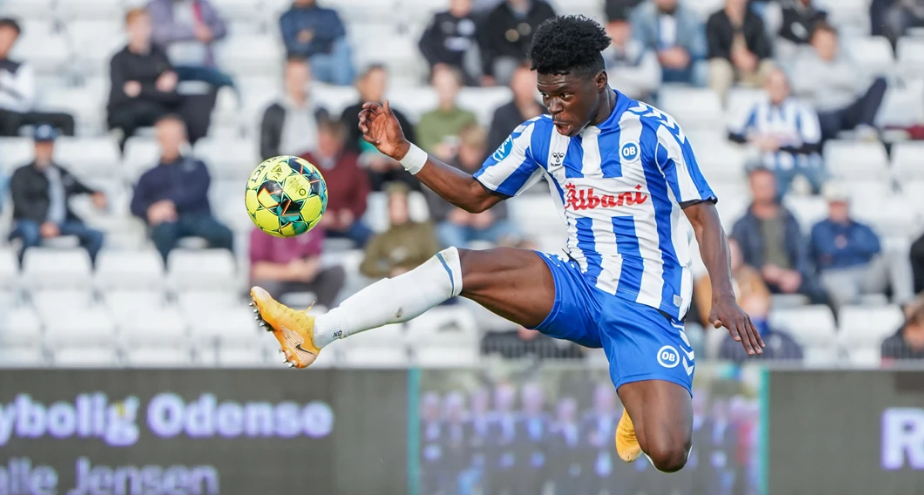 Ghanaian forward Emmanuel Sabbi was on target for Danish super Liga side OB Odense Boldklub despite suffering a 3-1 defeat to giants FC Midjtylland.

The 24-year-old opened the scoring after just 26 minutes for the visitors following a quick attack.

But as second half collapse saw Odnse concede three times to return home without a point.

Sory Kaba began the fight back for Midjtylland when he scored the leveler in the 57th minute.

Andres Dreyer then shot the hosts in the lead with nine minutes left before Pione Sitso hit the final nail in OB's coffin with a fine finish with four minutes left.