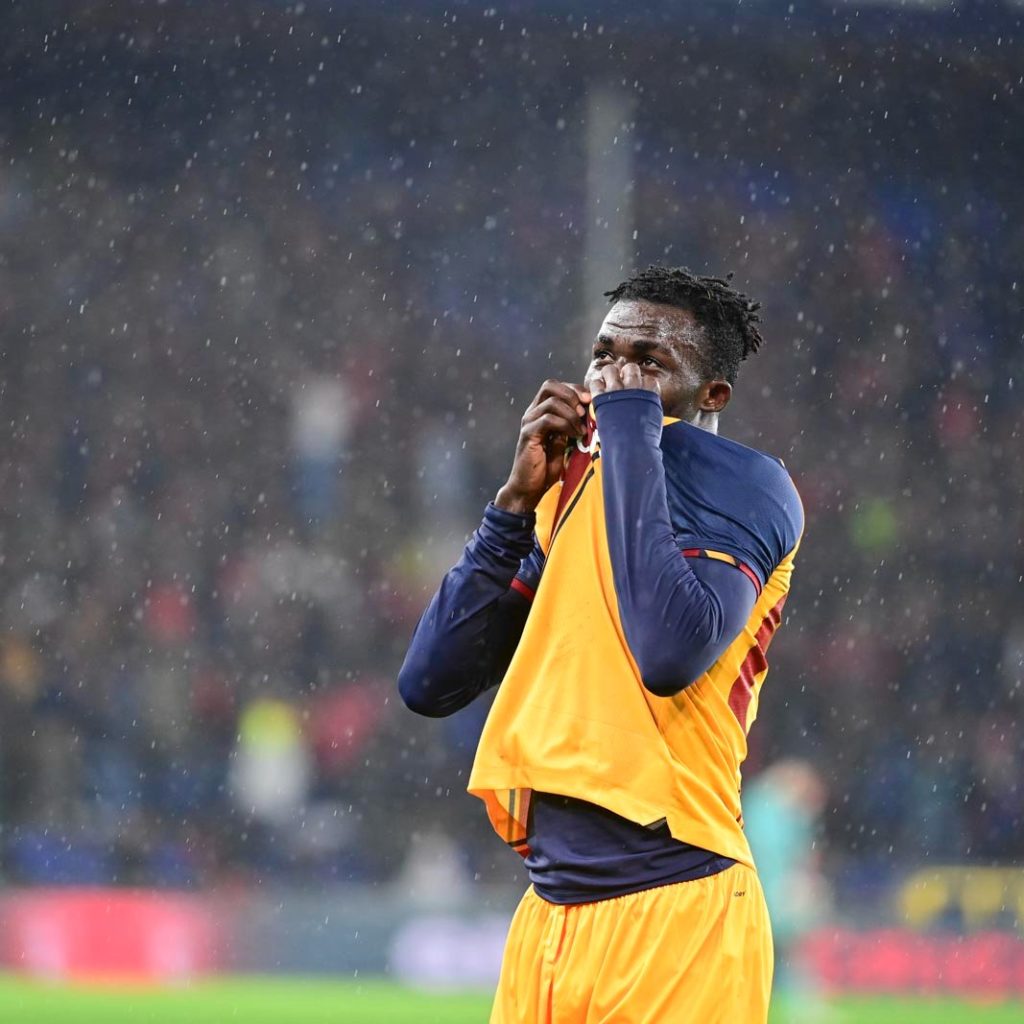 Felix Afena-Gyan of AS Roma.

Young Ghanaian forward Felix Afena-Gyan has deservedly been included in Whoscored.com's European U21 Team of the Week after his exploits this past weekend for AS Roma.

The team also include Chelsea right-back and Real Madrid winger Vinicius Junior who both excelled for their respective clubs. 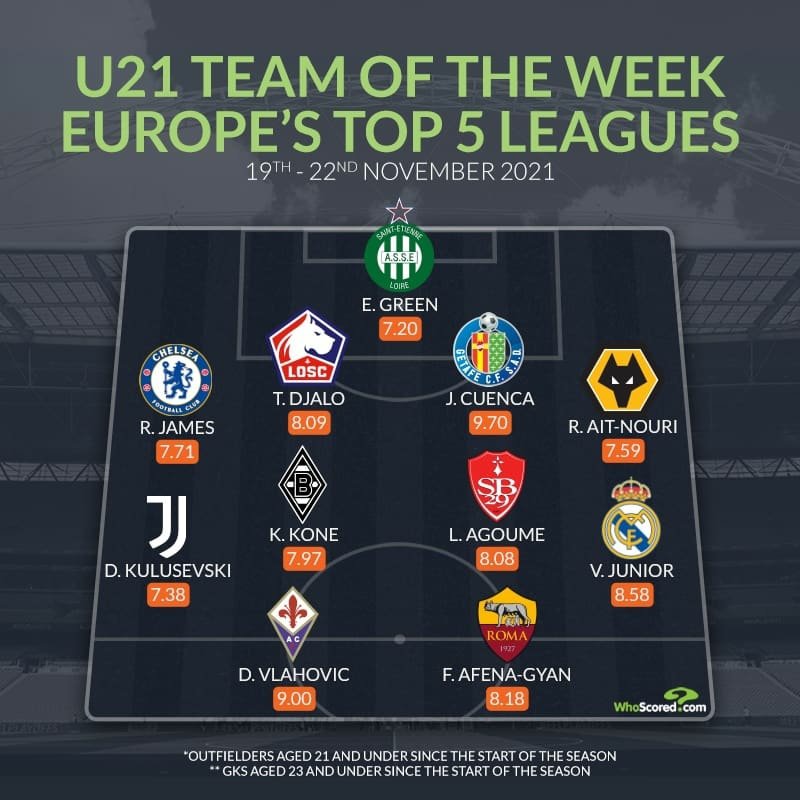 Afena-Gyan netted his debut goals for Roma in their crucial victory against Genoa in Serie A on Sunday night.

The 18-year-old was introduced in the 74th minute with the scoreline goalless and Roma looking destined to drop points again this month, but the teenager rescued three points with an impressive brace.

Eight minutes later, he made the most of a Henrikh Mkhitaryan assist, then added a second in stoppages with a sensational curler into the far top corner.

Afena-Gyan is the first player born after 1/1/2003 to have scored a goal in Serie A, according to Opta.

Also, the Sunyani-born forward is the youngest player able to score 2+ goals in a single match in the Big-5 European Leagues 2021/22.

And the youngest Roma player to score 2+ goals in a single Serie A match in the 3 points for a win era.

Roma coach Jose Mourinho gifted the teenager a pair of shoes worth €800 (over 5,000 Ghana cedis).