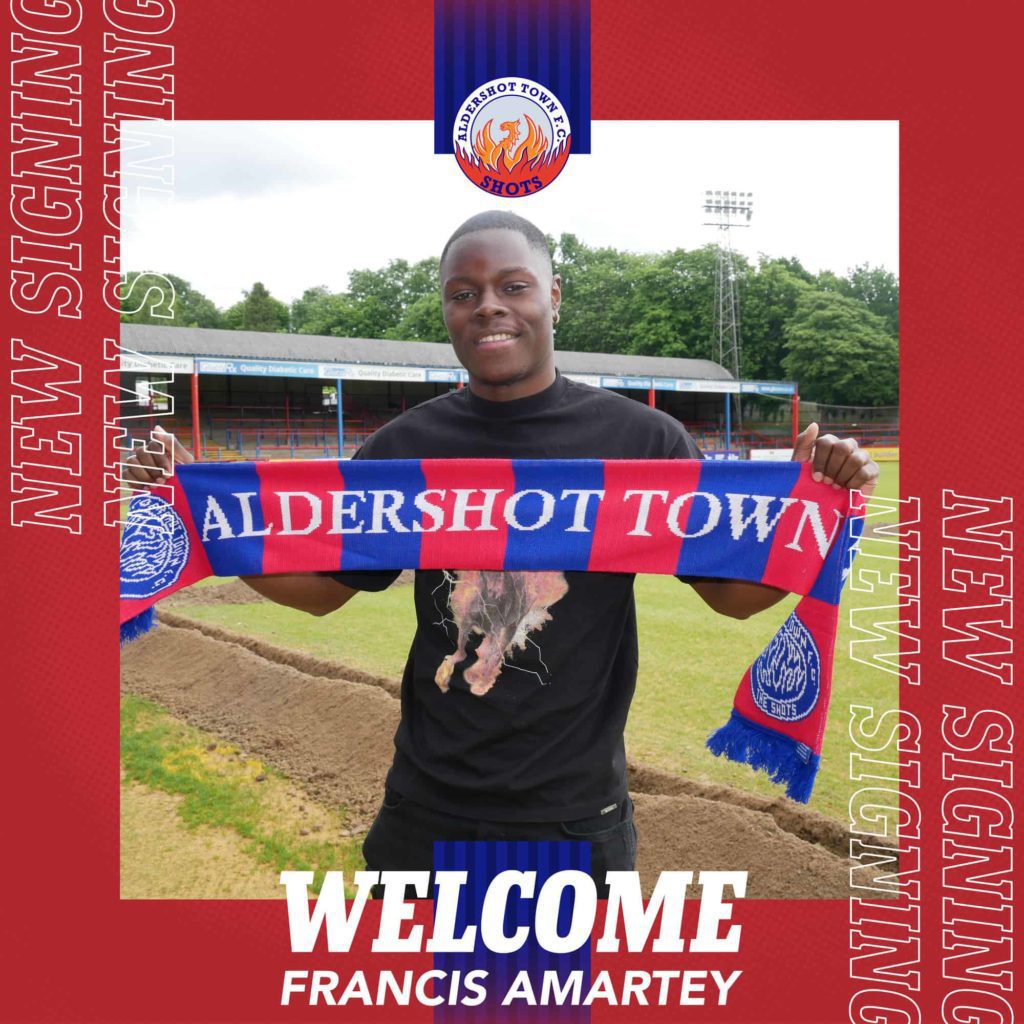 Ghanaian forward Francis Amartey is delighted after joining Aldershot in the English National League ahead of the 2022/23 season.

The 23-year-old has agreed to a two-year contract with the club, subject to FA approval.

He had a fantastic season with Hayes & Yeading last season, scoring 29 goals and winning the Player of the Year award.

"Delighted to have signed for Aldershot Town. [I] can’t wait to get going," he wrote on Twitter.

He scored 45 goals in 74 appearances for Hayes & Yeading in two seasons.