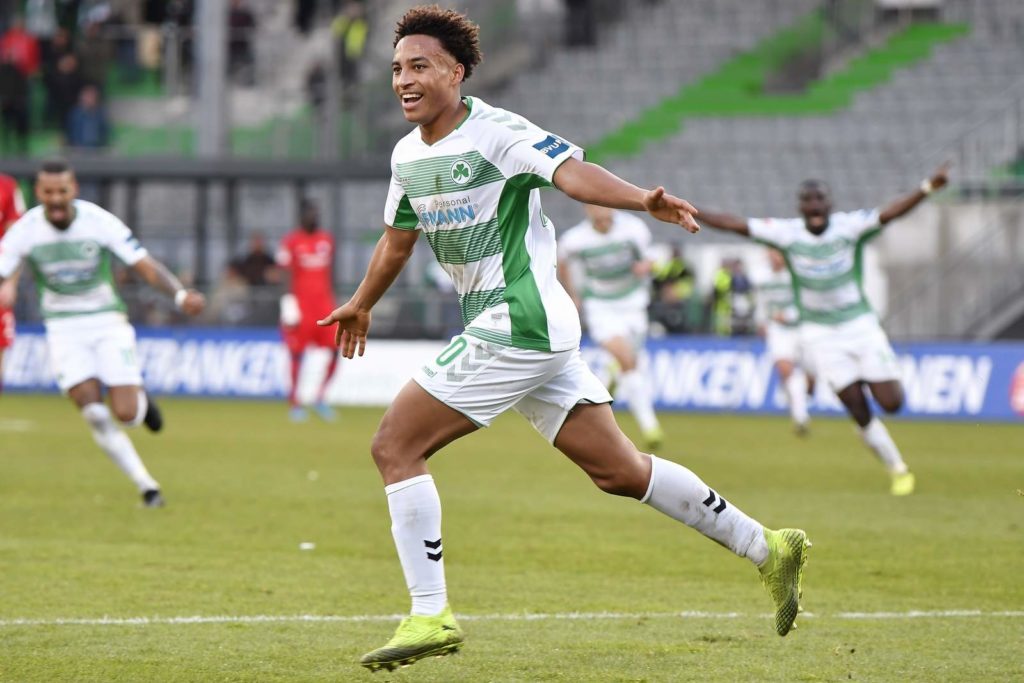 German-born Ghanaian forward Jamie Laweling scored a created a goal as Greuther Furth suffered a home defeat to TSG Hoffenheim in the Bundesliga on Saturday.

The Germany U21 striker opened the scoring in the 22nd minute for Greuther Furth but it lasted for only ten minutes as Hoffenheim's hat-trick hero Ilhas Bebou leveled in the 32 minute.

The visitors took the lead through Georgino Rutter five minutes to half time before Timothy Tillman equalized after the break.

Rutter added his second of the game before Bebou made it 4-2 as thing went from bad to worse for Greuther Furth.

Marco Heyerhofer netted an own goal to give Hoffenheim as three-goal lead before Laweling assisted Branimir Hrgota for Greuther Furth's third.

Bebou then completed his hat-trick as Hoffenheim thumped Greuther Furth 6-3 at the Sportpark Satdium.