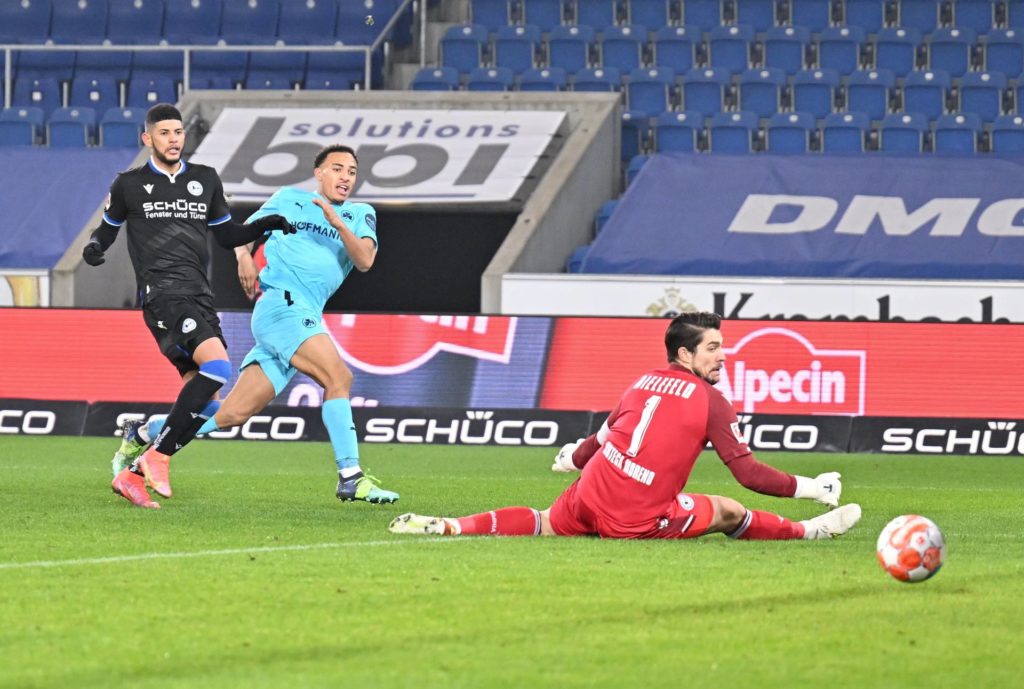 German-born Ghanaian attacker Jamie Leweling was on target for Greuther Furth as they held Arminia Bielefeld in the Bundesliga on Sunday, January 16, 2022.

The 20-year-old attacker netted his fourth goal of the season in the match as Arminia fought back to draw 2-2 at the Bielefelder Alm.

The youngster pulled parity for his side in the 35th minute after Musaya Okagawa had opened the scoring for the hosts in the 8th minute.

Gruether Furth shot into the lead in the second half through Harvard Nielsen but with seven minutes remaining Bielefeld leveled. Gonzalo Costro fired home in the 83rd minute.

Leweling is having a good season in his first campaign in the German topflight league.

The player with Ghanaian heritage was given a Black Stars call up last year but opted to represent the country of his birth at youth level.

He could still make a switch to the Black Stars, having yet played for the Die Manshaft.