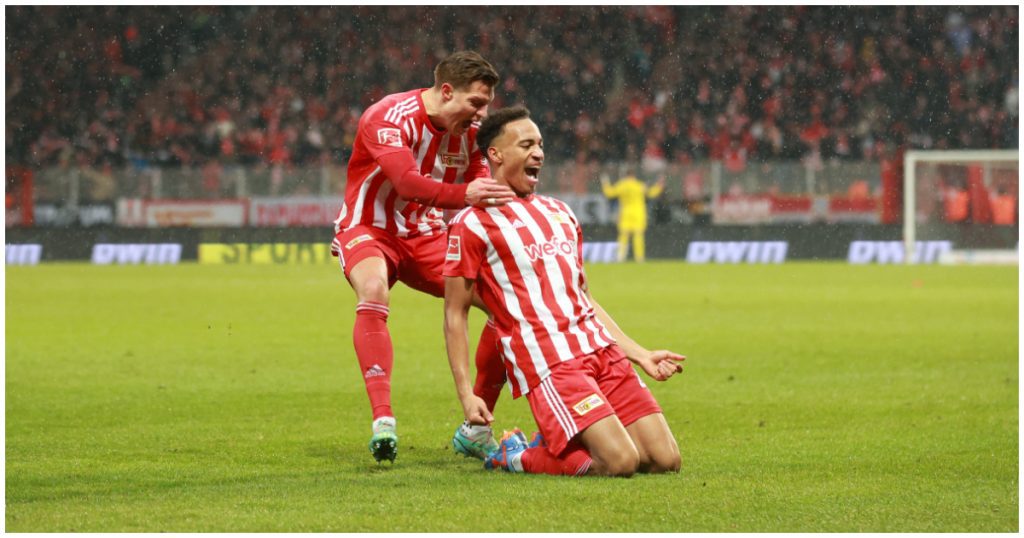 Leweling climbed off the beanch to seal victory in a dramatic end to the game at the Alte Fosterei.

The visitors, Hoffenheim opened the scoring two minutes to half time through forward Ilhas Bebou.

Union Berlin responded with 17 minutes remaining after Danilho Doekhi netted the first of his brace with a fine finish.

Leweling, who was making a return after a lengthy layoff, replaced Sheraldo Becker in the 88th minute before Doeakhi netted his second a minute later.

Late in injury time, Leweling sealed victory with a clever finish for the hosts.

The Germany youth international joined Union Berlin in the summer transfer window from Greuther Furth but injury stalled his start to life at the capital based club.

He has made seven Bundesliga appearances this season, and has now scored his first of the season for Union Berlin.