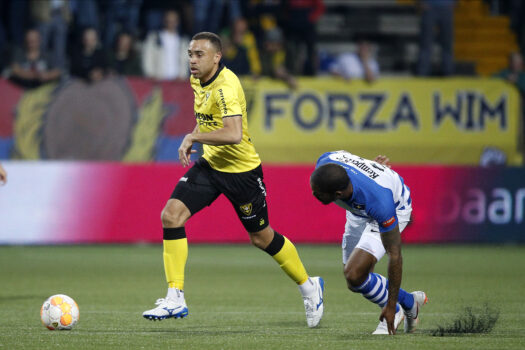 Ghanaian forward Johnatan Opoku has joined Eerste divisie side De Graafschap on a two year deal, with an option of a further year.

The 30-year old moves to the club after the end of his contract at VVV-Venlo, following a five year stay with the club.

Opoku Agyemang had a good season with Venlo before the Dutch topflight was cancelled due to coronavirus, having scored 6 times in handed in three assists.

“De Graafschap is a great step. I used to sit here as a boy in the stands, so know what to expect. It is also easy to travel from Zutphen, I was regularly asked when do you go to De Graafschap. Now it will happen, the feeling is good,” said Johnatan Opoku after completing the move.

De Graafshap manager Peter Hofstede is delighted by the capture of the attacking midfielder.

“After the injury of Jona Vergara Berrio and the transfer of Branco van den Boomen, we had to switch immediately. By capturing Rick Dekker and Johnatan we have the midfield back in balance," he said.

"Johnatan has more than 250 matches (70 goals) in professional football and thus, in addition to his creativity and goal-orientedness, brings a lot of experience. He had several options, so we are happy that he chose De Graafschap," he added.