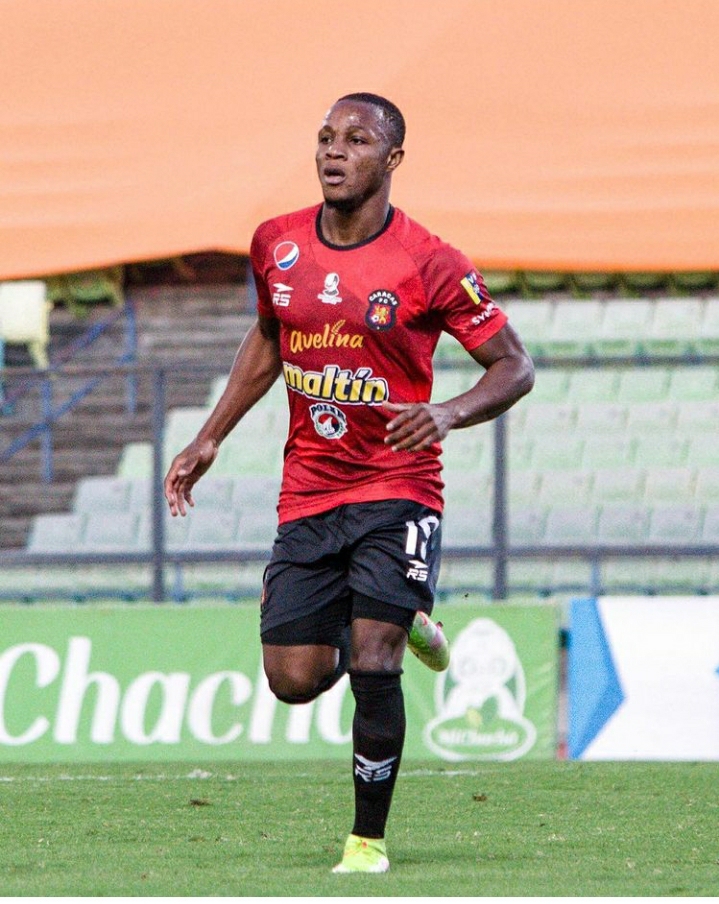 Ghanaian forward Kwaku Osei Bonsu bagged his fifth goal of the season and recorded a brace of assists on Friday when his club, FC Caracas, trounced Deportivo La Guaira 5-0 in the Venezuela Liga Futve Playoffs

Bonsu put on a man of the match performance in the 75th minutes he spent on the field.

He scored in the 13th minute to double the lead after Richard Celis gave FC Caracas the breakthrough.

The 21-year-old proceeded to launch two assists for Edson Castillo and Carlos Rivero to put Caracas 4-0 up in the first half.

His first assist was a fantastic delivery from a corner for Castillo to power home in the 24th minute of the game.

The second was produced from a counter-attack in the 44th minute after an interplay between Akinyoola and Bonsu to set up Rivero.

Osei Bonsu has four assists in the play-off and nine in all competitions. FC Caracas are top the table in the Championship round with 11 points after six games.