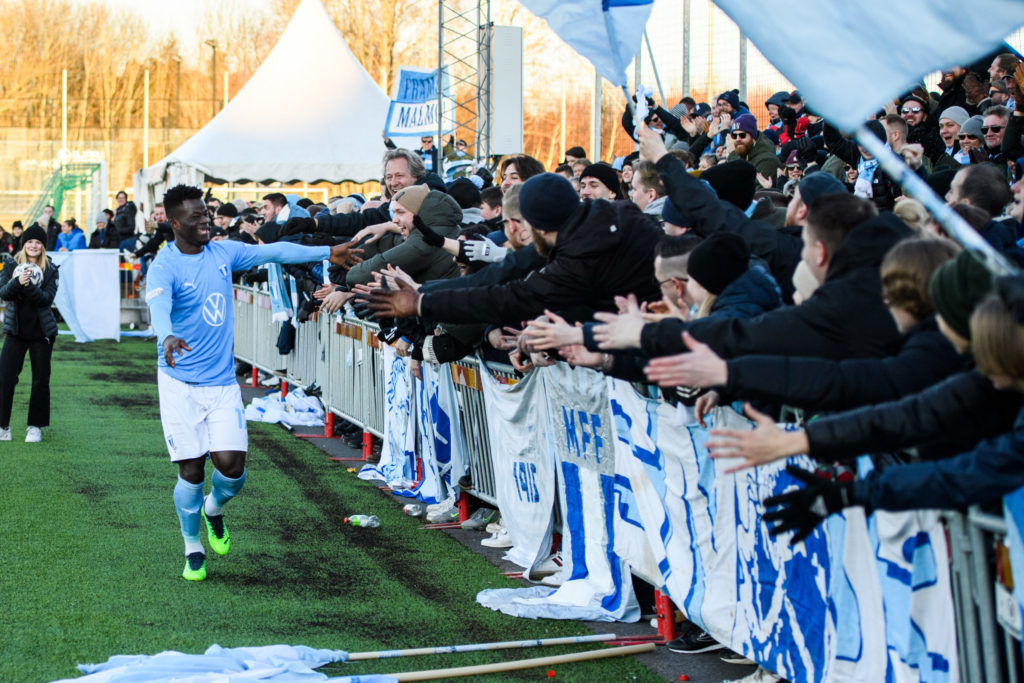 Ghanaian forward Malik Abubakar scored his second goal in two games for Malmo in the Svenska Cupen as they thrashed Angelholm on Saturday, February 26, 2022.

The 21-year-old replaced Jo Inge Berget in the 64th minute and 15 minutes later extended Malmo's lead in the game to 3-1.

The Swedish giants were down after just 29 minutes after Johan Oremo broke the deadlock for Angelholm.

Andi Nalic leveled for Malmo just before half and was send off after the break.

Malmo took the lead through Veljko Birmancevic before Abubakari added his to put the game beyond the hosts.

Malik Abubakri is enjoying a good preseason and hopes to take his form into the new Swedish Allsvenskan season.