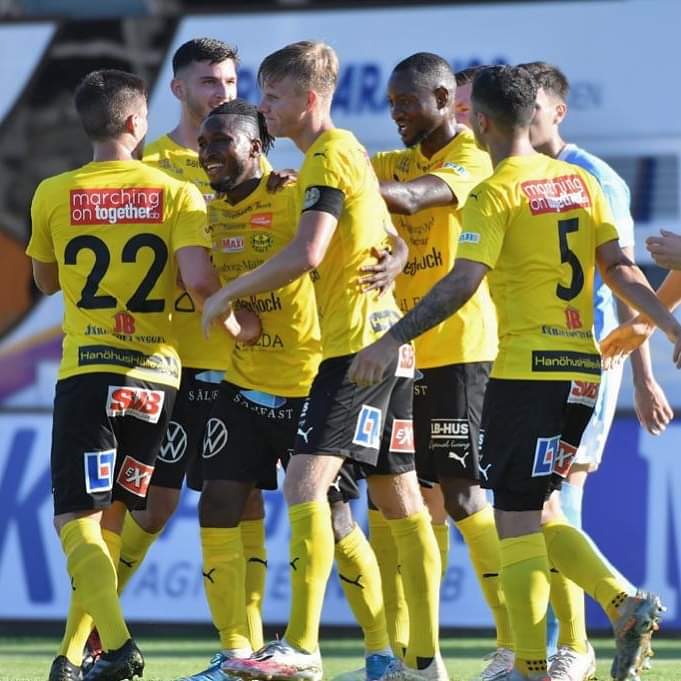 Ghanaian forward Mamudo Moro is enjoying a blistering start to the 2021/22 Swedish Allsvenskan after netting the winner for Mjallby on Sunday.

The 27-year-old's 67th minute strike earned all three points for Mjallby in the second game of the season against Djurgarden.

Djurgadens came close to opening the scoring in the 15th minute after forward Evardson was sent through.

Mjallby responded few minutes later with a freekick but the Djurgaden wall save the effort.

And after a goalless first, it was the visitors who returned more determined, snatching the winner in the 67th minute.

Mamudo Moro was also on target in the season opener against IF Elfsborg as the Yellow and Blacks won 2-0 at the Boras Arena.

Mjallby will next travel to Hammarby for matchday 3 of the campaign.