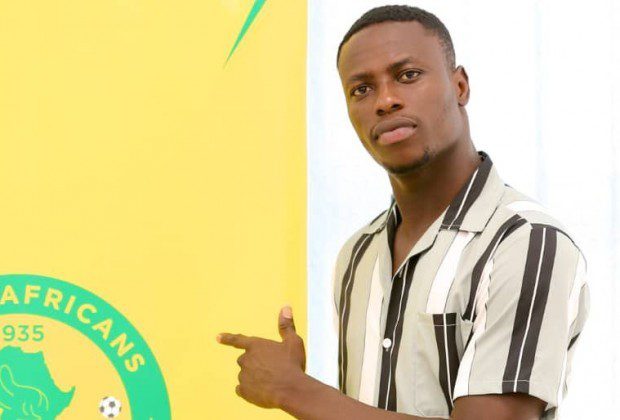 Ghanaian forward Michael Sarpong has been spotted in Soweto ahead of a move to join a PSL club in the ongoing transfer window.

The 26-year-old is open to a move to join any of the Premiership clubs in Soweto according to reports.

Sarpong was offered to AmaZulu who have withdrawn their interest in signing the forward.

He has been offered to three Soweto clubs, Kaizer Chiefs, Orlando Pirates and Swallows by his agents.

Reports by Siya indicates that Sarpong is keen on a move to the Dstv Premiership next season.

The players representatives are in talks with a potential suitor and working behind the scenes on a potential move to join one of the Soweto giants.