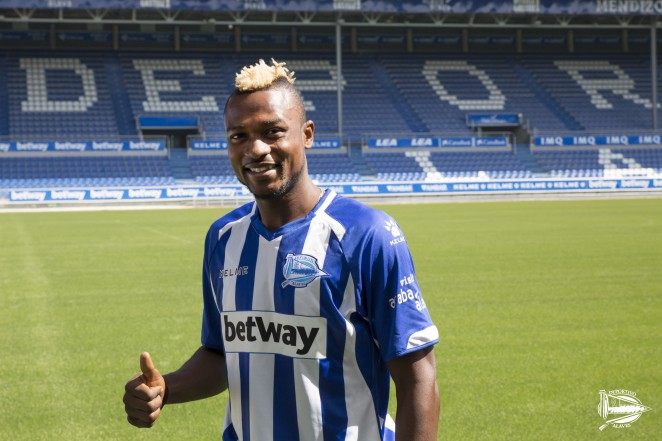 According to sources close to GHANASoccernet.com, La Liga side Deportivo Alaves will listen to offers for the Ghanaian attacker, who struggled to settle in Spain.

Information reaching GHANASoccernet.com reveals FC Copenhagen are interested in making a bid for the attacker in the summer.

Scottish champions Celtic could also make an offer for the 25-year old, who almost joined them last summer after impressing in a game against them in the Champions League qualifiers.

Twumasi joined the El Glorisso on a four year deal last season, but managed just 13 games in all competition and did not score for the club.

The lethal attacker could also switch to another La Liga side where he will get to play in a more central role after spending most of the time on the flanks at Alaves.