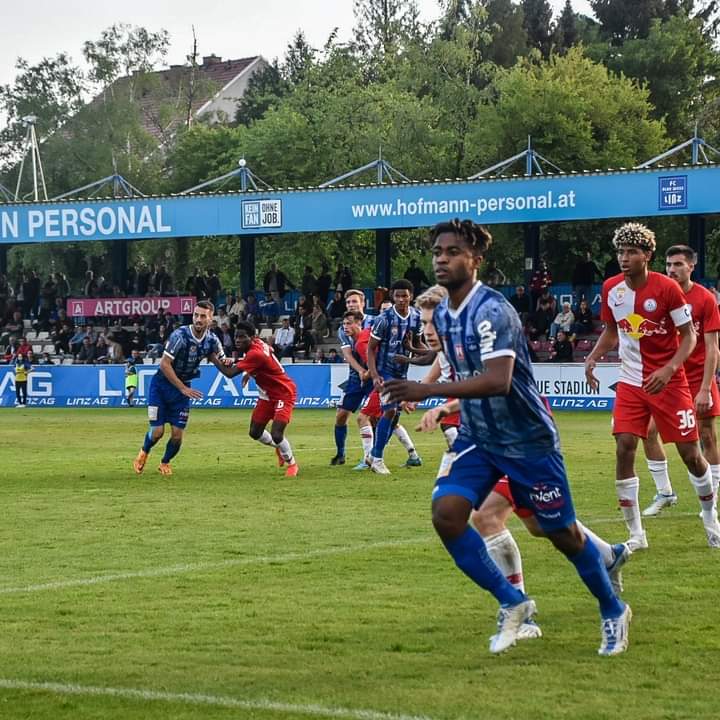 Ghanaian forward Paul Mensah produced a man of the match performance for BW Linz in the Austria Ertse Liga on Friday night as they thumped Liefering.

The 22-year-old provided an assists and netted a goal as BW Linz won 3-0 in the penultimate game of the campaign.

The former Krystal Palace player served Fally Mayulu with the opener after 27 minutes before Manuel Maranda doubled the lead ten minutes to half time.

The Ghanaian youngster sealed victory for his side with three minutes remaining with a fine strike.

His compatriot Emmanuel Acheampong was an unused substitute but three other Ghanaians featured for FC Liefering.

Samson Baidoo started and lasted the entire duration with Forson Amankwa and Lawrence Agyekum coming from the bench to play a role in the game.