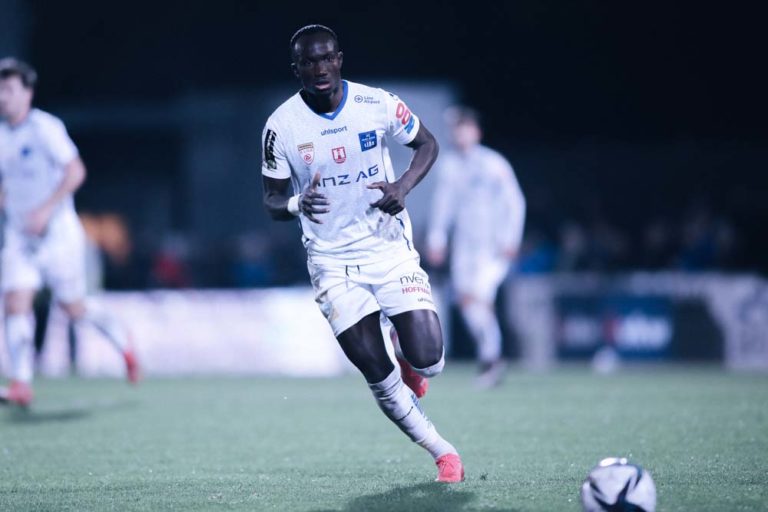 The round of 16 OFB Cup game between BW Linz and TSV Hartberg was abandoned following the collapse of the 26-year-old player.

After a good quarter of an hour, Dwamena went battered towards the sideline and received treatment.

A little later, a medical emergency in the stadium was triggered by the coaching bench and the rescue workers rushed over.

Dwamena then had to be treated intensively - the game was also interrupted - both teams first went into the dressing room.

After a brief consultation, both clubs agreed to break off the game.

"Raphael was conscious during the entire interruption and was looked after intensively by the rescue workers. In the meantime, he has been transferred to the hospital to clarify his condition precisely," said sports director Tino Wawra in an initial statement.

In the summer of 2018, he transferred to Spain to join Levante.

He left the Frogs to join Real Zaragoza on loan the following season but his deal with the club was truncated after suffering a heart scare.

Dwamena returned to the field by singing for Danish second-tier side Velje BK after undergoing several medical tests in Barcelona.

Vejle BK withdrew the Ghana striker Raphael Dwamena from team engagements due to a relapse in his heart condition. He left the club with two goals in five appearances to his credit.

It’s the third time Dwamena's career is having to take a hit by his heart condition.

In 2017, the Ghana international saw a move to Premier League side Brighton and Hove Albion cancelled for reportedly failing a medical in relation to his heart condition.

Dwamena is a full Ghana international, scoring twice on his debut in an Africa Cup of Nations (Afcon) qualifier against Ethiopia in 2017.