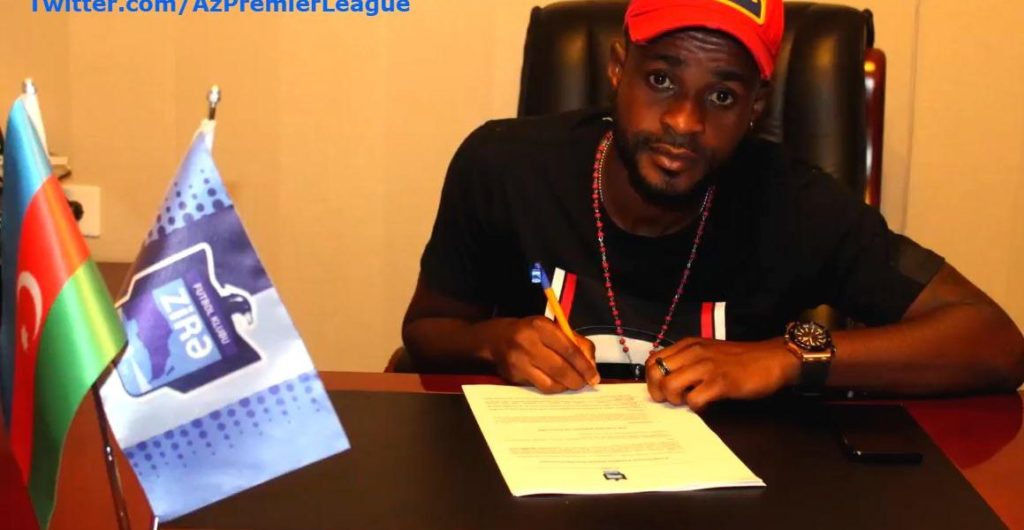 Forward Richard Gadze has joined Azerbaijani side Zira FK on a year deal.

The ex-Ebusua Dwarfs striker is rejoining the club after a season in Romania, where he played for Voluntari.

After a good first spell with Zira, the club welcomed their former goal poacher as they look set to wrestle Qarabag for the title.

Zira FK are currently fifth on the table after seven games in the Azerbaijani league this season.

Gadze has had spells at Finish side HJK Helsinki and spent time in India playing for Delhi Dynamos.