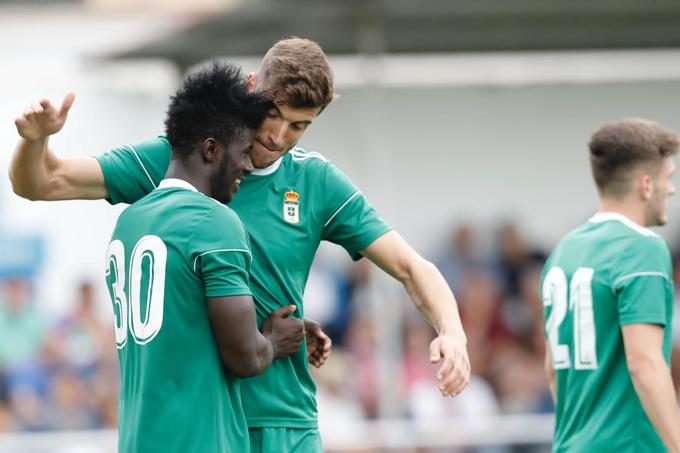 Ghanaian forward Samuel Obeng has been guaranteed of first team football at Real Oviedo after impressing in preseason.

The player, who spent most of his time in the B team was outstanding in the off season, scoring twice in the club's preseason friendlies.

"He has a lot of confidence" says Real Oviedo coach Sergio Egea. "An has an important power," he added.

Meanwhile, former coach of Girona B, Javi Garcia, who has been following the exploits of his former players believes the player has enough experience to be a success in the first team.

"He came to try after playing in low categories. In the first week we signed him. We believed in his physical strength, which is wonderful, and what could be worked on with him.

"He is a player who makes you fall in love because he leaves everything at every moment. He asked us to do individual training to improve, he always asked for advice. He has always been a soccer coach, "said the coach in an interview in Cope .