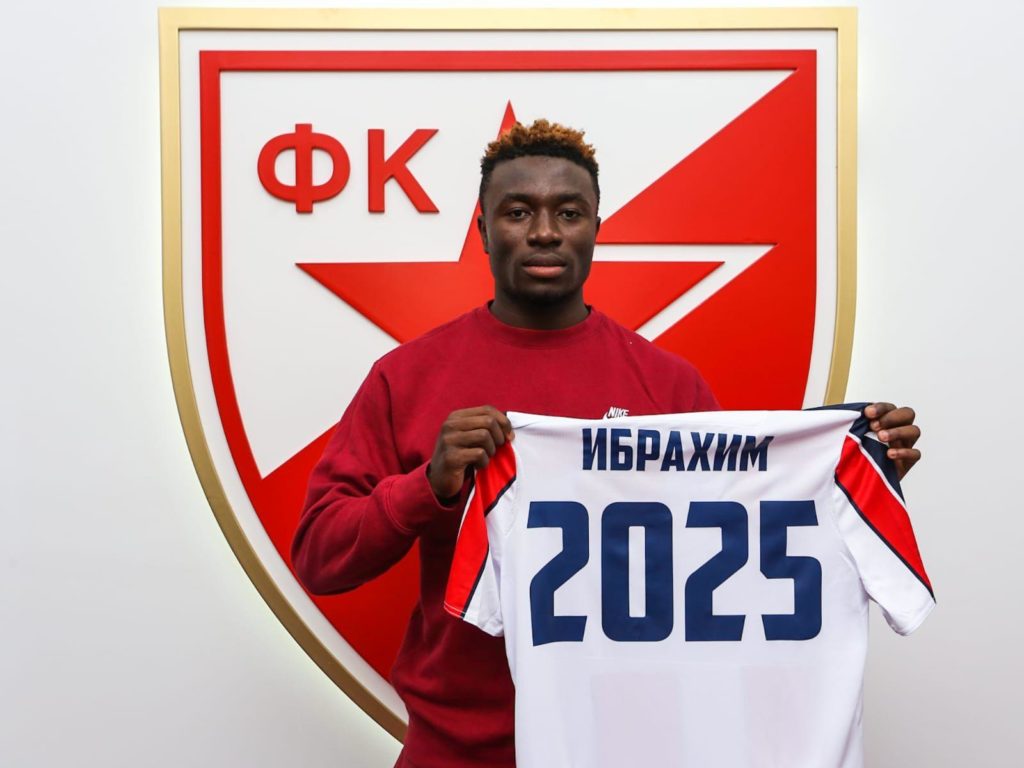 Ibrahim Mustapha has signed a three-year contract extension with Red Star Belgrade after excelling in a loan spell at Radnicki Mitrovica.

The Ghanaian forward joined the Serbian giants two years ago but was farmed out on loan to FK Zlatibor Cajetina and Radnicki Mitrovica in the Prva Liga where he improved on his game.

His performances made him popular in the division while earning a place in the conversation for the best player in the league across the media landscape.

Mustapha's dream of becoming a member of Red Star first team has finally materialised after signing the extension this week.

Red Star Belgrade are second in the Serbian Superliga with 54 points after 21 matches. Five below their arch-rivals Partizan Belgrade.