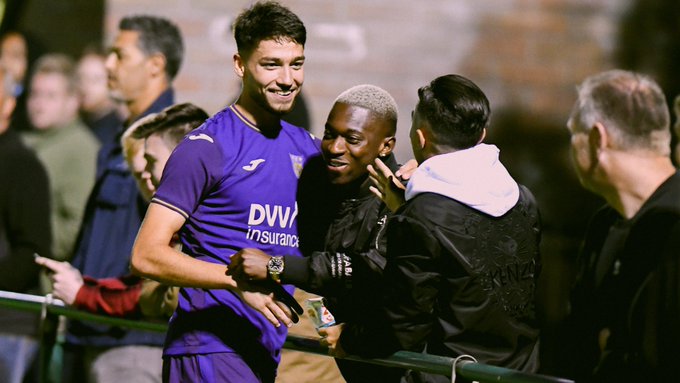 Colassin is not in manager Vincent Kompany's plans and has such been featuring for the Anderlecht U21 team.

On Monday the Belgian forward scored two goals as Anderlecht U21 recorded a 3-0 victory over Sporting Charleroi in the Reserve Pro League.

Amuzu was at the stadium with Anouar El-Hadj to cheer on Colassin.

Amuzu who came through Anderlecht academy is now an established figure in the first team. He has scored three goals in 10 games this season.