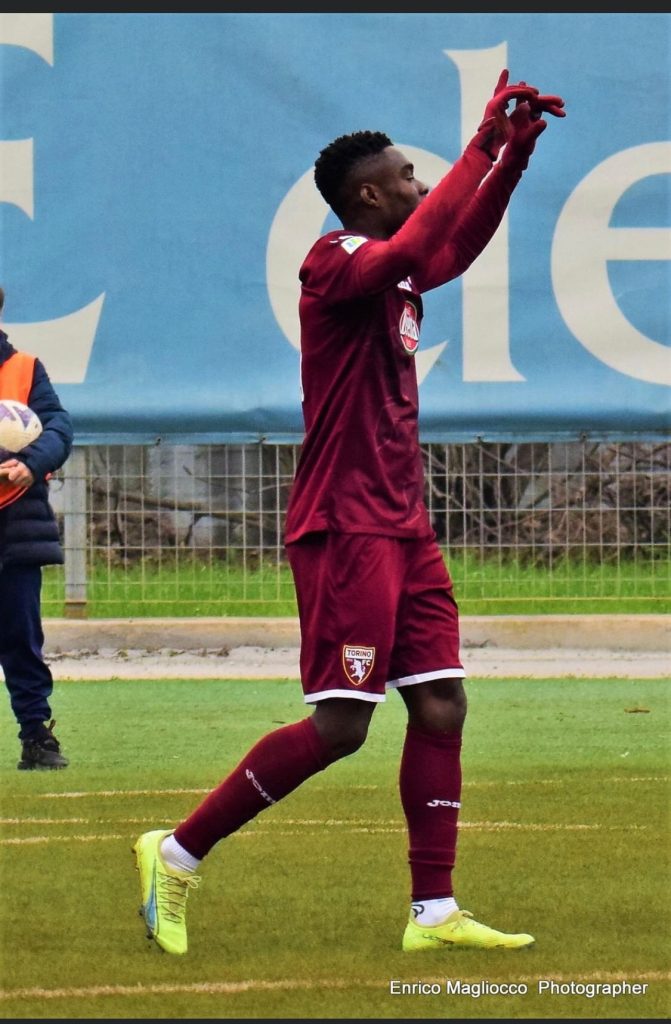 Young forward Herbert Ansah scored his fifth goal of the season for Torino in their 2-1 defeat to Udinese in the Italian youth league.

Ansah scored in the 22nd minute of a game that featured himself plus two other Ghanaian youngsters.

The Ghanaian took two touches before hitting the ball past the goalkeeper. Ansah was then substituted 10 minutes into the second half.

His goal was however cancelled by another Ghanaian prodigy, Raymond Asante for Udinese. Asante equalised in the 58th minute to shift the momentum in favour of the home side.

Left-back Joseph Opoku also played 90mins for Torino.  Despite the defeat, the visitors are second on the league table by virtue of an inferior goal difference to Roma.