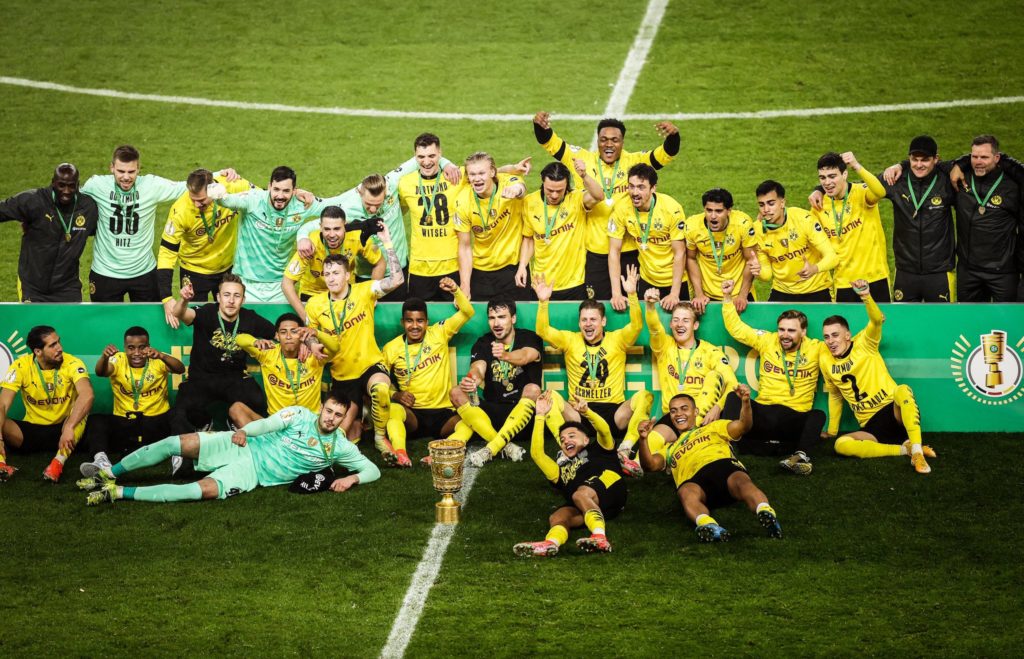 The Dortmund assistant coach together with head coach Edin Terzic masterminded a flawless performance from the Black & Yellows as they run riot over soon-to-be Bayern Munich manager Julian Nagglesman's RB Liepzig in the finals of the German Cup.

A first half brace from Jadon Sancho and Ealing Braut Haaland's powerful strike ensured Dortmund were on course for a fifth DFB Pokal.

Liepzig pulled one back after the break through Dani Olmo but Norwegian striker Haaland put the game beyond their rivals with his second of the game.

Otto Addo is credited for the integration of youngsters June Bellingham, Youssoufo Moukoko and Giovanni Reyna into the first team.

The 45-year-old was promoted to assistant coach of the club at the start of the season after showing impressive skills in the development of young players from the club's youth team.

Addo played for Dortmund between 1999 to 2005 and represented Ghana at the 2006 FIFA World Cup in Germany.