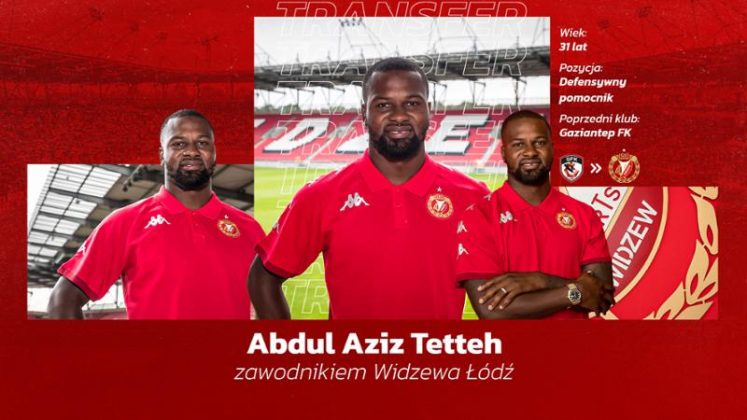 Ghanaian midfielder Abdul Aziz Tetteh has completed a move to Polish side Widzew Łódź on a free transfer, GHANAsoccernet.com can confirm.

The defensive midfielder has passed his medical examination on Thursday and signed a one-year contract with with an option to extend it for another two years.

Tetteh became a free agent after leaving Turkish side Gaziantep FK following the expiration of his contract.

The 31-year-old joined Gaziantep in August 2019 from Russian top-flight club Dinamo Moscow for a fee around €400,000.

Tetteh previously had stints in Poland where he played for Lech Poznan from July 2015 to January 2018.

He previously played for AO Platanias and AS Fokikos in Greece when he left Italian Serie A side Udinese Calcio.

At Udinese, Tetteh had loan spells at Xerez CD, Granada CF, CD Leganes and CF Montaneros all in Spain.