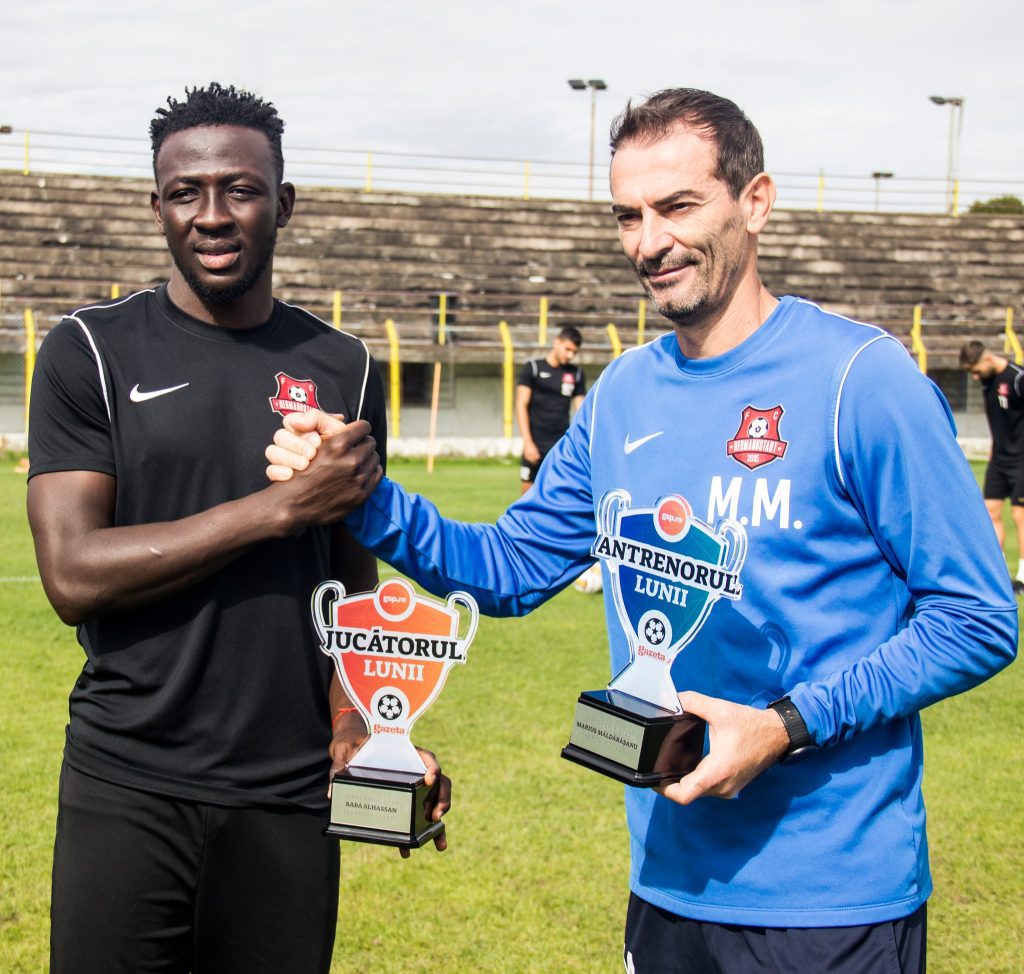 In-form Ghanaian midfielder, Baba Alhassan, has been voted Player of the Month for September in Romania.

The Hermannstadt midfielder has been in red-hot form for the Liga I side, scoring six goals in eleven games this season.

He was influential for Hermannstadt and his best in the month came when he scored a brace in the match against UTA.

His manager Marius Măldărășanu was also voted coach of the month as Hermannstadt continued their good start to the season.

The newcomers sit third on the Romanian Liga I table with 22 points and have a game in hand.

Meanwhile, Baba Alhassan, who previously played in Spain for the youth side of Rayo Vellacano has been attracting interest from to clubs in Europe.