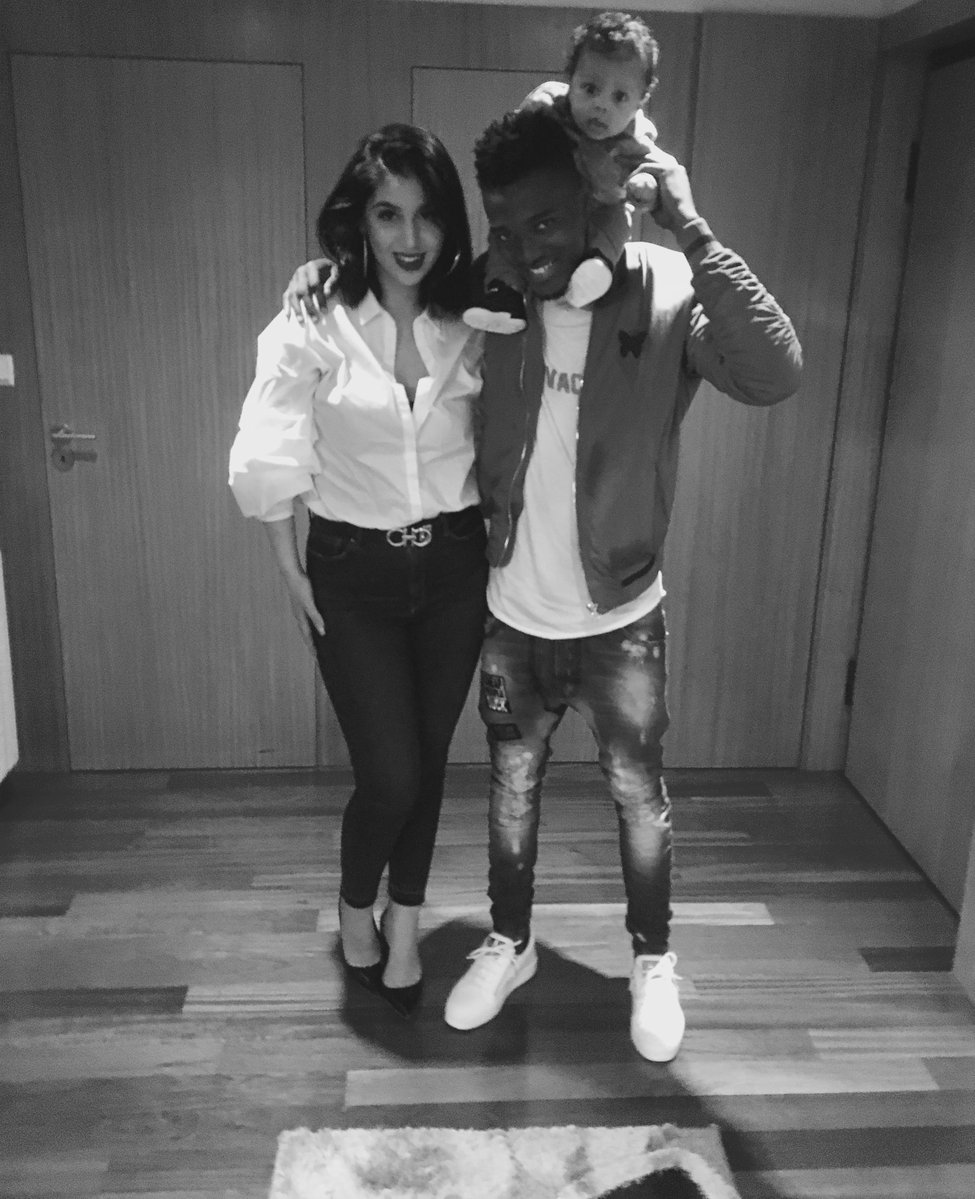 Ghanaian midfielder Bernard Mensah has shared an adorable photo of his family on social media.

Mensah, on loan at Portuguese topflight side Vitória Guimarães from Atletico Madrid revealed the picture to end any form of speculation that he has jilted girlfriend.

The former Getafe man is engaged to beautiful Portuguese girlfriend Anna Mensah. The two have been together for almost four years.

He is certainly a family man as he has continuously shown his love and faith in his family. Mensah has enjoyed his football over the years.