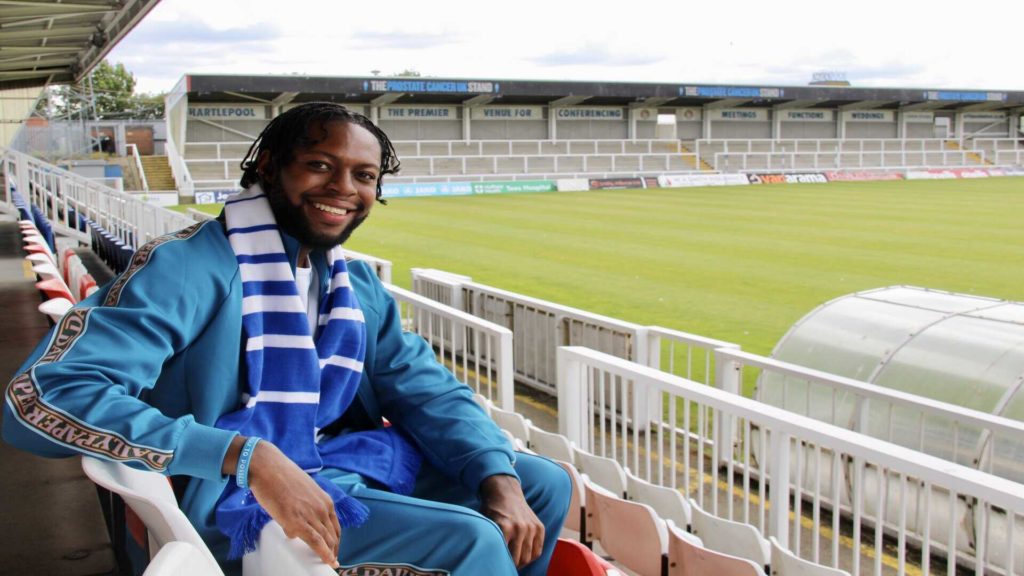 The 21-year old moved to Hartlepool United in the ongoing transfer window after a successful campaign with Southern League Premier Division side Royston Town, where he bagged in 9 goals and created 11 assist as they finished second.

"I’m over the moon to sign for the club. It’s a huge club, with a huge following. It’s a dream come true to sign for Hartlepool, as I believe God is at the centre of everything for me and with him everything is possible. I can’t wait to get started and play at The Vic and show the fans what I can do," he noted after putting pen to paper.

He also enjoyed loan spells at Biggleswade United, where he bagged three goals in six appearances, and then six appearances at Kings Langley before another loan spell at Mildenhall Town, all gaming valuable first-team experience.