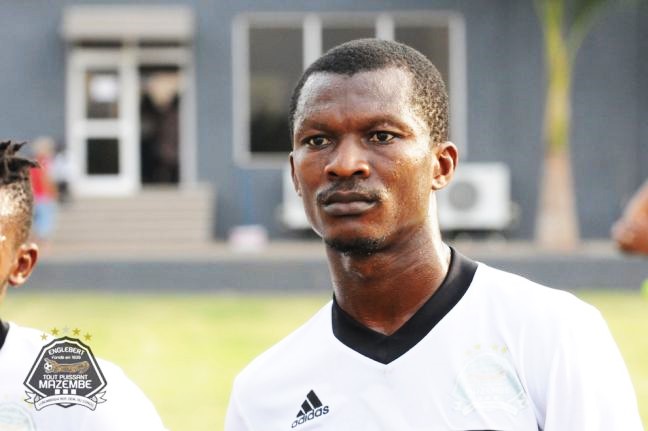 Adjei, 29, joined the Lubumbashi-based side in 2013 and quickly became a mainstay in the club as they claim glory in the Congolese championship as well as the Confederation Cup.

But after playing an integral role in the side's Confederations Cup triumph fortnight ago, the former Asante Kotoko enforcer will be departing the club following the expiration of his contract.

Adjei took to Facebook on Monday to confirm his departure, he posted saying:

“Glory glory hallelujah i came to Congo as a stranger and now I’m leaving as a hero i thank God for a successful 5 seasons in TP Mazembe which ends today.

He scored one of the two goals that helped TP Mazembe to retain their title against SuperSport United.